The rooftop of the Puri Railway Station was found to be blown away. 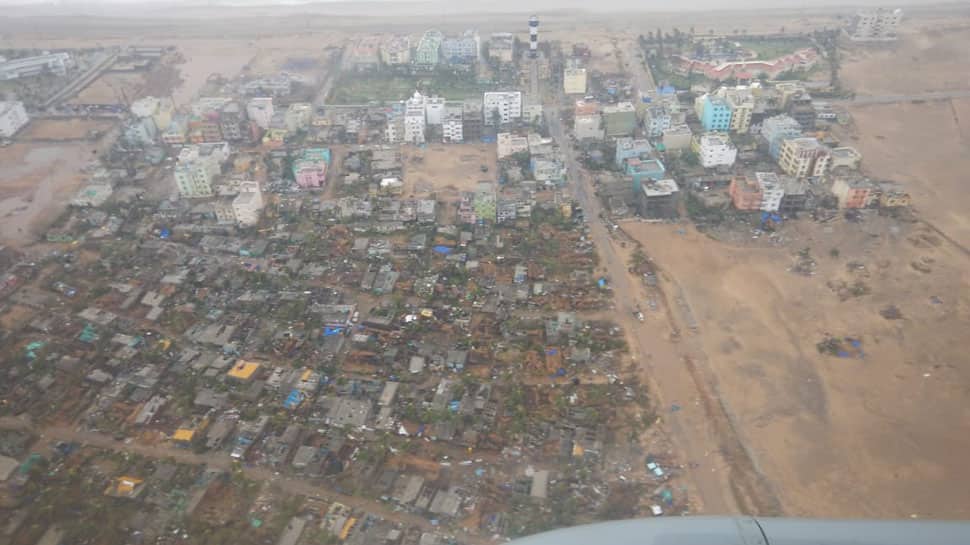 The Dornier aircraft of the Indian Navy on Friday undertook an aerial survey to assess the extent of impact and devastation caused by Cyclone Fani.

It observed that extensive devastation to vegetation took place in many places around Puri. A large number of trees and electric poles were uprooted creating roadblocks in the city limits of Puri.

The rooftop of the Puri Railway Station was found to be blown away. A large scale water inundation was observed in many, particularly in low lying areas between Puri and the Chilka Lake.

The Dornier crew observed very strong winds of nearly 50 knots during the sortie.

The Centre has released Rs 1,000 crore in advance to Odisha and other states to deal with the devastation caused by the cyclone.

The cyclone, the worst April storm in 43 years, caused "huge damage" in Bhubaneswar, Cuttack, Puri and Khordha districts in the state, according to the Odisha government.