Cyclone Fani: DGCA will issue revised advisories to airlines as and when necessary, says Suresh Prabhu

Taking to Twitter, he also added that aviation regulator DGCA will issue revised advisories to airlines as and when necessary. 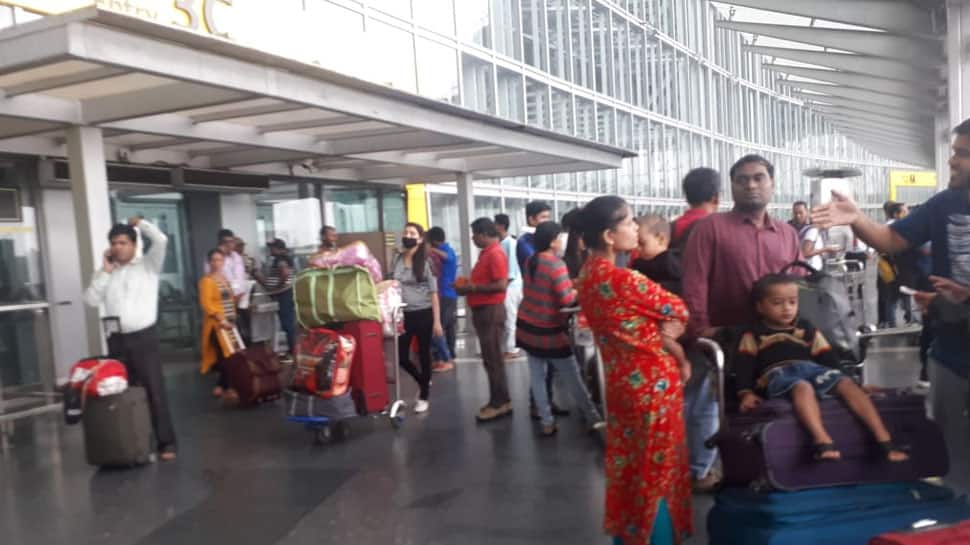 As Cyclone Fani wreaks havoc in Odisha, Union Civil Aviation Minister Suresh Prabhu on Friday said that he has directed Ministry of Civil Aviation Secretary, Pradeep Singh Kharola, to continuously monitor the situation. Taking to Twitter, he also added that aviation regulator DGCA will issue revised advisories to airlines as and when necessary.

The civil aviation minister also extended his full support for relief operations and reconstruction to all affected areas. He asserted that if necessary, he will also pledge funds from Members of Parliament Local Area Development Scheme (MPLADS) as per the extant rule.

"I extend my full support for relief operations and reconstruction to all affected areas. Will pledge funds from MPLADS if necessary as per the extant rule," he further tweeted.

"The entire country stands united for #CycloneFani. Wish complete safety for each and every citizen of vulnerable states of the east coast. Relevant instructions have been issued to the authorities including the airports to stay alert and gear up for contingency. @MoCA_GoI," he added.

"Amid the scare of #CycloneFani, I hope good health and safety for all our brothers and sisters in the vulnerable states of the east coast: #Odisha, #WestBengal, #AndhraPradesh, and #TamilNadu. The nation stands united in challenging times. #CyclonicStormFANI," further added Prabhu.

Cyclone Fani swept through Odisha on Friday killing at least three people and wreaking havoc with rain and windstorm that gusted up to 175 kmph.

The disastrous cyclone blew away thatched houses, swamped towns and villages, and flattened huts. The extremely severe cyclonic storm 'Fani' or the 'Hood of Snake' made landfall around 8 am in Puri.