Odisha has been put on high alert in view of Cyclone Fani, which entered the state at 8 am on Friday. 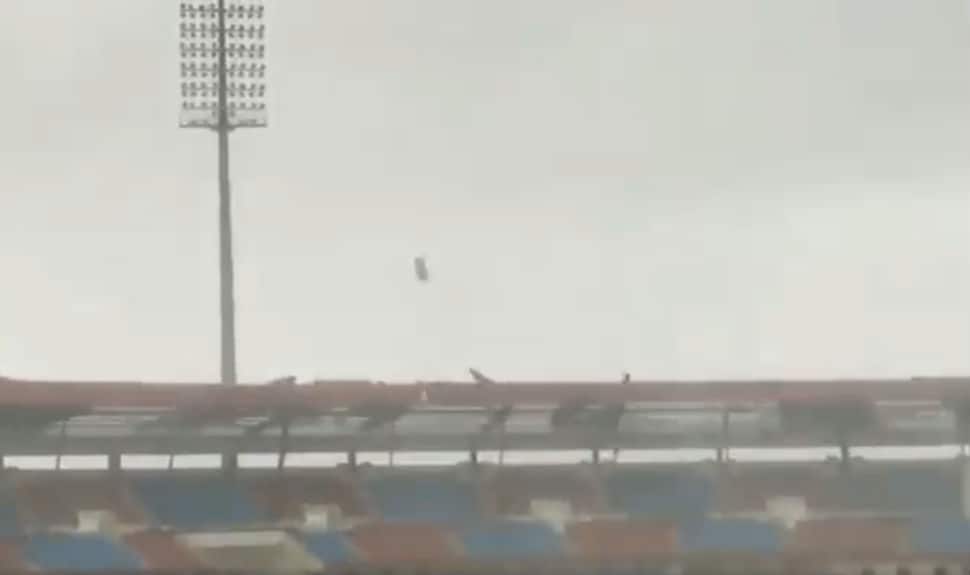 Bhubaneswar's Kalinga stadium suffered damage due to Cyclone Fani on Friday, as the cyclonic storm hit the Odisha coast on Friday morning with heavy rain and strong winds. A video posted on social shows how the roof of a part of the Kalinga stadium was blown off as Cyclone Fani slammed Odisha, near Puri.

Odisha has been put on high alert in view of Cyclone Fani, which entered the state at 8 am. Winds blowing at a maximum speed of 240-245 km per hour and heavy to very heavy rains are continuing over the coastal areas, the IMD said.

Three people have died and one person has suffered injuries due to the Cyclone Fani, the most severe storm in 20 years.

The cyclone has uprooted trees and electricity poles and power supply has been cut off in many parts of Odisha. The Odisha government has evacuated lakhs of people from the coastal areas to camps on higher grounds.

The Army, Navy, Air Force, Coast Guard and disaster management teams are on fully prepared and on standby. Prime Minister Narendra Modi on Thursday also chaired a high-level meeting to review the preparedness for Cyclone Fani.

PM Modi said over Rs 1,000 crore had been released in advance for the states affected by Cyclone Fani. Addressing an election rally in Rajasthan, he said the government was with the people in times of crises.

"Lakhs of families are affected by a cyclone in the coastal areas of Odisha, West Bengal, Andhra Pradesh, Tamil Nadu and Puducherry and the Centre is in touch with the state governments. I got the latest update from officers some time ago and also held a detailed review meeting yesterday. More than Rs 1,000 crore have been released in advance," he said.

West Bengal Chief Minister Mamata Banerjee has cancelled all public rallies for the next 48 hours in the wake of Cyclone Fani. Also, the Kolkata Airport has been shut till Saturday due to the cyclone. A total of 140 trains including 83 passenger trains have been cancelled too.