Death toll in Odisha due to Cyclone Fani rises to 34, Puri worst affected

21 of the 34 deaths were registered in Puri, where the cyclone made a landfall on Friday.

Bhubaneswar: Cyclone Fani, which caused massive destruction in Odisha, is said to have claimed 34 lives across the state. Earlier, the death toll was 29.

Twenty one of the 34 deaths were registered in Puri, where the cyclone made a landfall on Friday. In Kendrapada, two people died, in Cuttack three and four each in Mayurbhanj and Jajpur.

The extremely severe cyclonic storm unleashed copious rain and windstorm that gusted up to 200 kmph, blowing away thatched roofs of houses, swamping towns and villages in Odisha, before entering West Bengal on Saturday.

Around 2,000 emergency workers, along with civil society organisations, personnel of the NDRF, the Odisha Disaster Rapid Action Force (ODRAF) and one lakh officials, were engaged in the restoration work, Odisha Chief Minister Naveen Patnaik said in a statement.

"This is a rarest of rare summer cyclone. The first such to hit Odisha in 43 years and one of the three to hit the state in the last 150 years," he added.

On Sunday, Patnaik announced a relief package for those affected by Cyclone Fani. Several other states have also offered help to Odisha.

Train services have partially resumed in the state but due to non-availability of train rakes, the railways has cancelled the following trains. 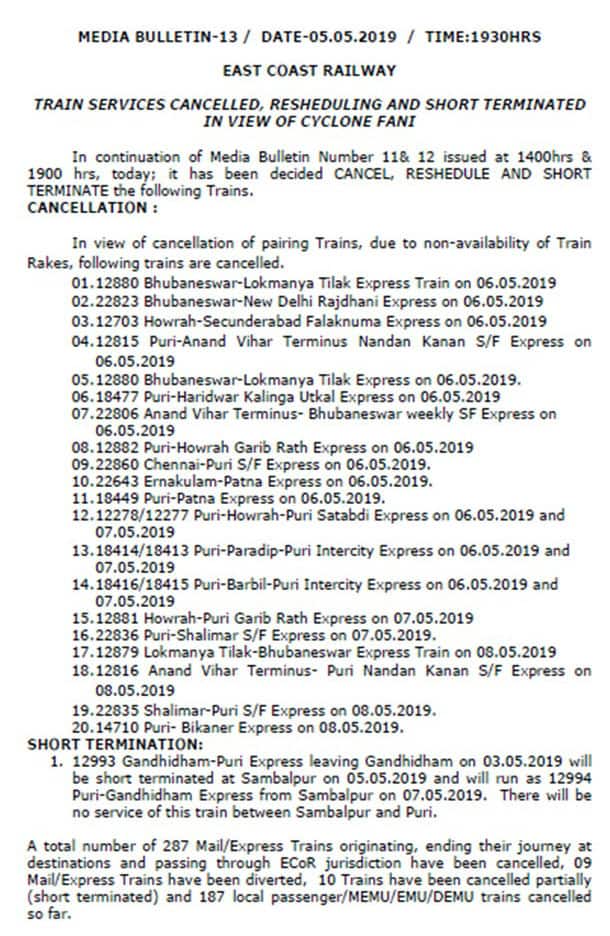 Below is a list of trains that have been rescheduled. 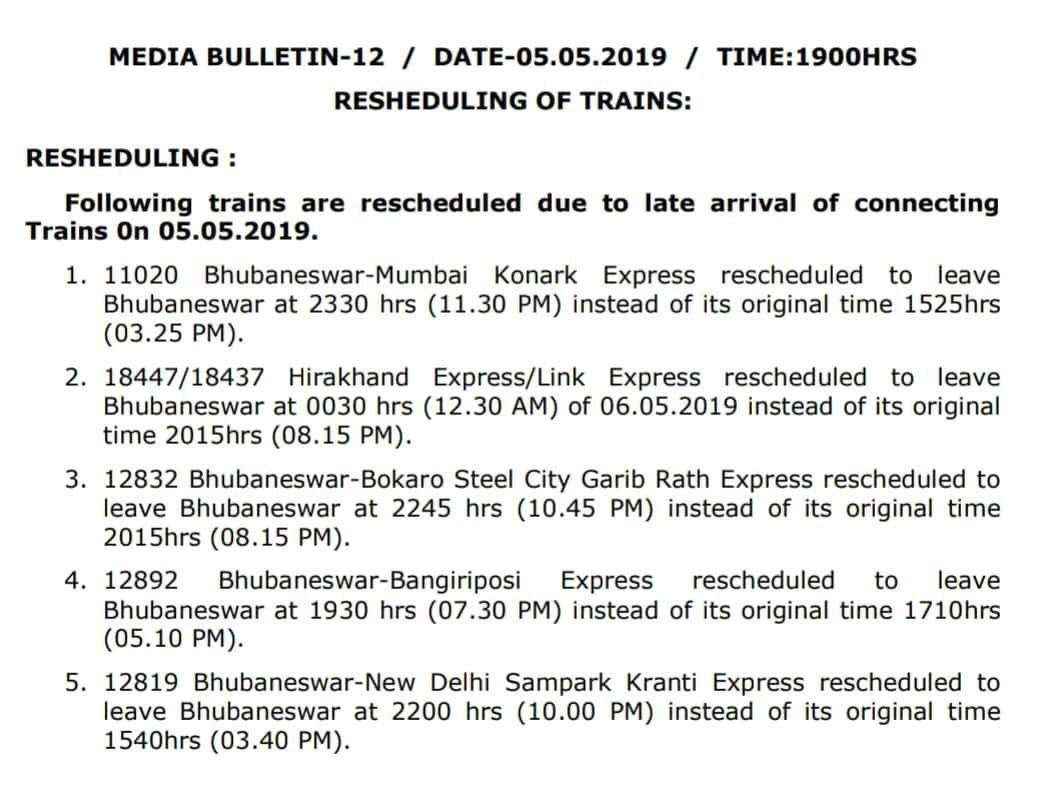 Meanwhile, Prime Minister Narendra Modi is scheduled to visit Cyclone Fani ravaged districts in Odisha on Monday to take stock of the situation, officials said on Sunday. He will undertake an aerial survey of the cyclone situation in the districts of Puri, Khurda, Cuttack, Jagatsinghpur, Jajpur, Kendrapara, Bhadrak and Balasore.