The BJP workers had gathered to protest over the 2011-12 Pipili gangrape and murder case. 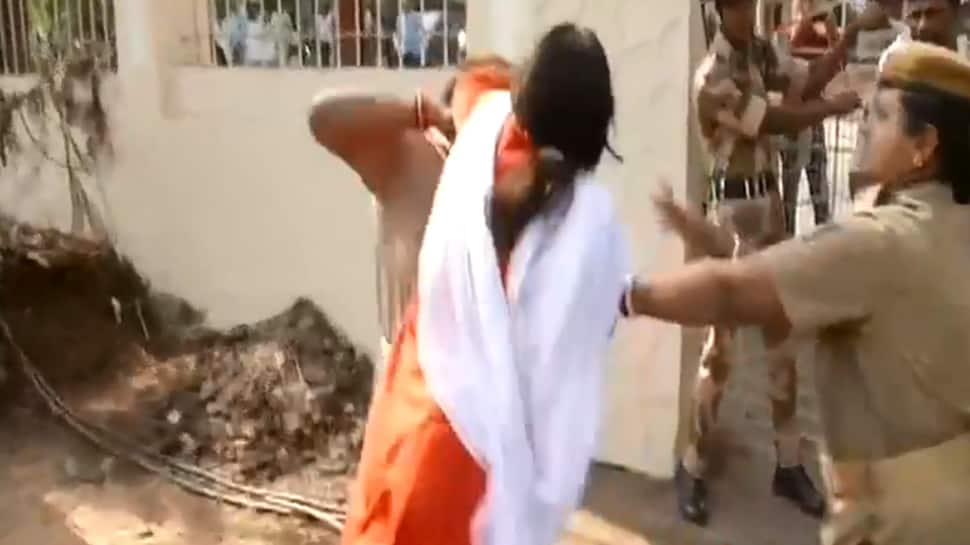 BHUBANESWAR: A scuffle broke out between the police and the Bharatiya Janata Party (BJP) women wing workers in Bhubaneswar on Monday. The brawl that has been caught on camera shows a woman police officer and a BJP woman worker engaged in a fist fight.

The BJP workers had gathered to protest over the 2011-12 Pipili gangrape and murder case. They have been demanding justice for the victim alleging that the prosecution botched the investigation in the case.

#WATCH: Scuffle breaks out between the police and BJP Women Wing workers in Bhubaneswar during a protest over Pipili gang rape-and-murder case. #Odisha pic.twitter.com/1uDq3PfhWH

In December as well, during a BJP protest over the same case, there was a commotion near the gates of the police headquarters when some activists tried to barge into the prohibited areas. They broke through the barricades and the police cordon forcing the police to take some activists into preventive custody. They were later released.

A senior police officer had then dismissed allegations that the police misbehaved with the women activists.

The first additional session court of Bhubaneswar had in December acquitted key accused in the case Prashant Pradhan and his younger brother Sushant. The trial, court, however, held that the 19-year-old girl was murdered.

A 19-year-old woman was found unconscious and semi-naked in a paddy field in Pipli on November 28, 2011. She succumbed to her injuries on June 21, 2012 after remaining semi-comatose in SCB Medical College and Hospital in Cuttack.

Maharathy had to resign from the ministry in 2012 in the face of a statewide hue and cry for allegedly sheltering the accused persons. However, he became a minister again in 2014.