If Odisha CM doesn't know Odia, he has no right to govern: Amit Shah in Puri

This was the BJP chief's second visit in five days as he had held a rally in Salepur in Cuttack district on January 29. 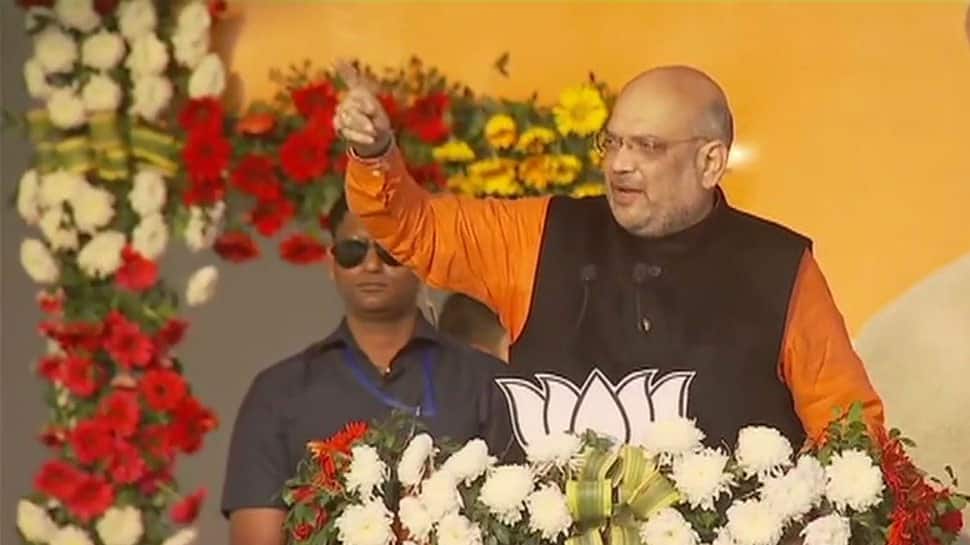 He slammed Patnaik and said, "Your Chief Minister has not implemented Ayushman Bharat Yojana in Odisha, he fears that it will increase Narendra Modi ji's popularity. If you want, you can remove our names from the scheme but why are you troubling the poor people of Odisha?"

Speaking on the interim budget, the BJP chief said with the presentation of budget, Congress president Rahul Gandhi lost all hope of winning the upcoming Lok Sabha election.

Shah projected his party as the champion of tribalsa and said that the Narendra Modi government has raised budgetary allocation for their welfare to Rs 50,000 crore from Rs 30,700 crore made during by the Congress-led UPA dispensation.

This was the BJP chief's second visit in five days as he had held a rally in Salepur in Cuttack district on January 29.