A fire broke out in Apollo Hospital in Odisha's Bhubaneswar on Saturday morning. Three fire tenders rushed to the spot and doused the fire. No casualties reported. 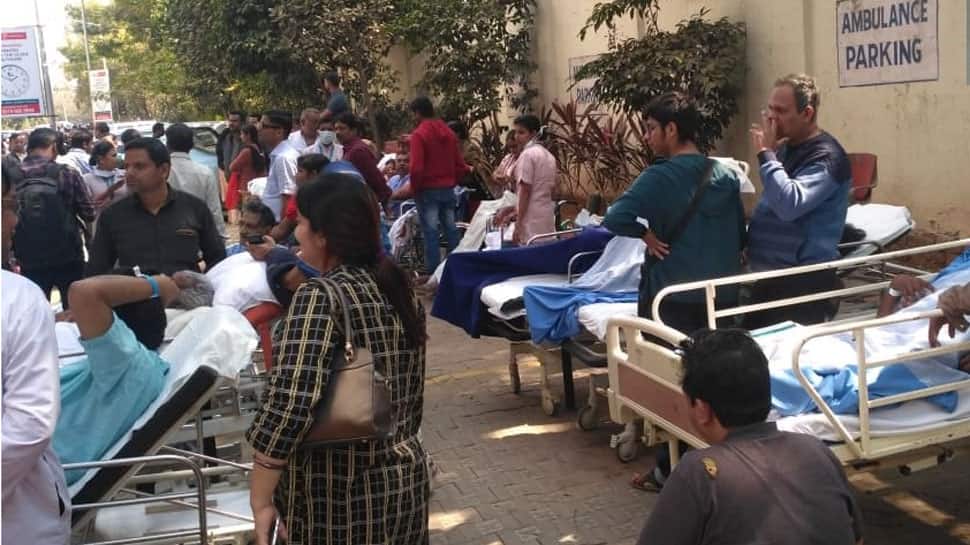 Bhubaneswar: A fire broke out in Apollo Hospital in Odisha's Bhubaneswar on Saturday morning. Three fire tenders rushed to the spot and doused the fire. No casualties reported.

This comes a day after another fire broke out near the restroom in Bhubaneswar Railway Station premises on Friday morning. Plastic containers kept near the restroom had caught fire, authorities later said while launching an investigation into the matter. The fire was doused by personnel of Odisha Fire Service.

Saturday's fire at Apollo Hospital was a grim reminder of the 2016 Bhubaneswar SUM Hospital fire which claimed 27 lives and hundreds injured. The blaze was reportedly triggered by an electric short circuit in the dialysis ward on the first floor of the private hospital which spread to the nearby Intensive Care Unit (ICU). The fire rapidly spread to other areas on the same floor of the four-storeyed hospital building. Many patients were rescued by breaking the window panes.