Over 70 flights cancelled across Northeast due to Cyclone Fani

Cyclone Fani is expected to lash Assam and other parts of the region on Saturday. 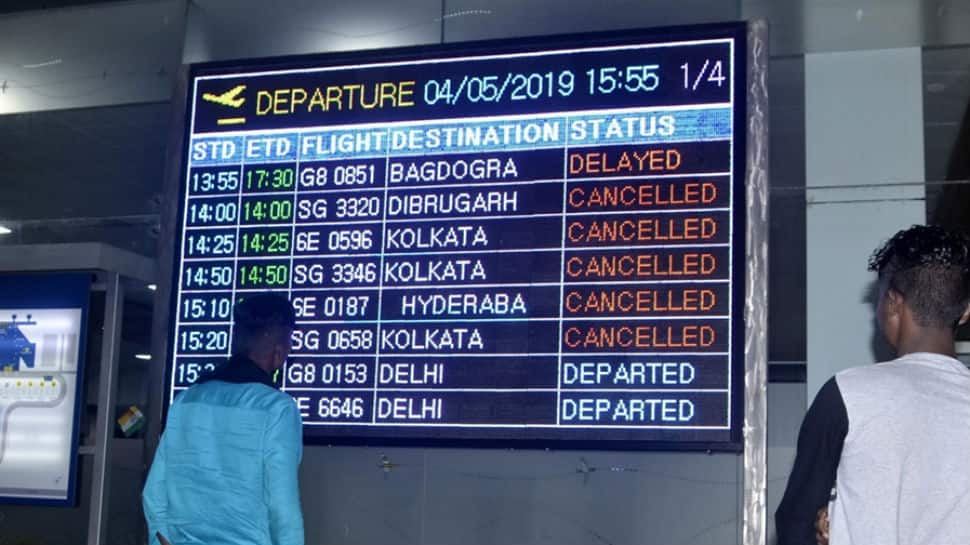 Assam: The Airport Authority of India on Friday cancelled at least 70 flights across Northeast in view of Cyclone Fani, which is expected to lash Assam and other parts of the region on Saturday.

Fifty nine flights have been cancelled in Guwahati, eight in Agartala, two each in Dimapur and Lilabari, four in Dibrugarh and six in Imphal, AAI's North Eastern Regional headquarters said.

The Assam government had issued an alert across all the districts after most parts of the state witnessed incessant rains on Saturday due to the impact of Cyclone Fani.

Following the rains, the government has also issued an alert to suspend ferry services between Jorhat and Majuli, Guwahati and North Guwahati, Dhubri and other places from Saturday to Sunday.

Meanwhile, 65 rescue and relief teams of National Disaster Rescue Force (NDRF) are pre-positioned in various parts of the vulnerable states - Odisha (44), West Bengal (9), Andhra Pradesh (3), one team each in Arunachal Pradesh, Nagaland and Meghalaya and two teams each in Jharkhand, Kerala, & Tamil Nadu.

Fani has now weakened and is situated at Shantipur in Nadia district about 60 km north of Kolkata, and is likely to enter Bangaldesh around Saturday noon. It made landfall in Odisha on Friday morning, causing major damage to life and property.