17-year-old Chaudhary shot a score of 244.5 to finish at the second spot on the podium in the summit showdown of the championship. 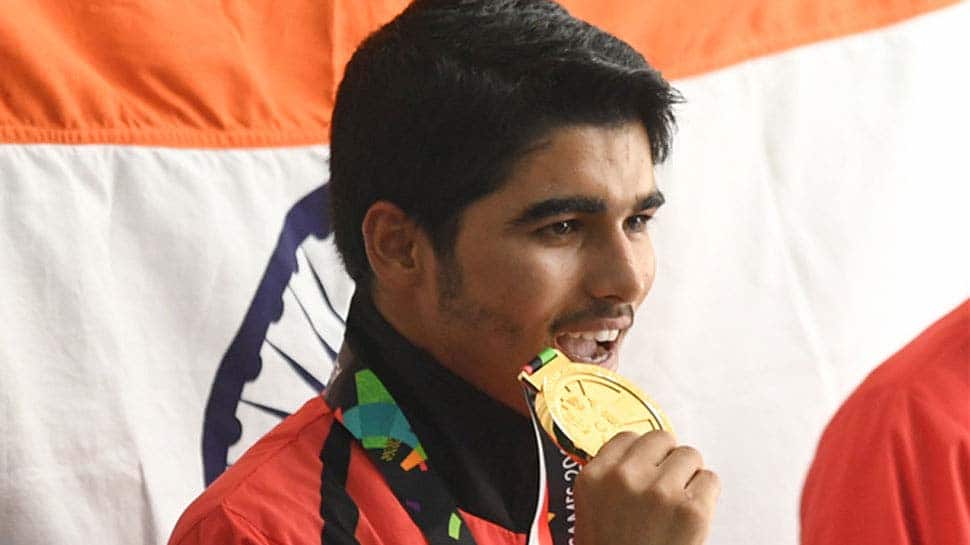 Ace Indian shooter Saurabh Chaudhary on Monday made the country proud by clinching a silver medal in the men's 10m air pistol event of the ongoing 14th Asian Championships at the Lusail Shooting Complex in Doha, Qatar on Saturday.

17-year-old Chaudhary shot a score of 244.5 to finish at the second spot on the podium in the summit showdown of the championship.

Kim Song Guk of North Korea bagged a gold medal after posting a a world record score of 246.5 while Iran's Foroughi Javed finished behind Chaudhary to settle for the bronze with a score of 221.8.

Meanwhile, Abhishek Verma--the other Indian in the fray--made a fifth-place finish in the final of the eight-man final of the men's 10m air pistol event after posting a score of 181.5.

Earlier, Chaudhary and Verma booked their place in the final of the championship after making a seventh and sixth-place finish, respectively.

It is to be noted that the duo had earlier already qualified for the 2020 Tokyo Olympic Games.

India currently have 15 Olympic quotas in shooting--which is the most the country has ever achieved in the run up to the marquee event.