Invented at an English school 196 years ago by a rebellious teenager and beloved mostly in former British colonies and France, rugby union has high ambitions for the first foray of their showpiece tournament into Asia. 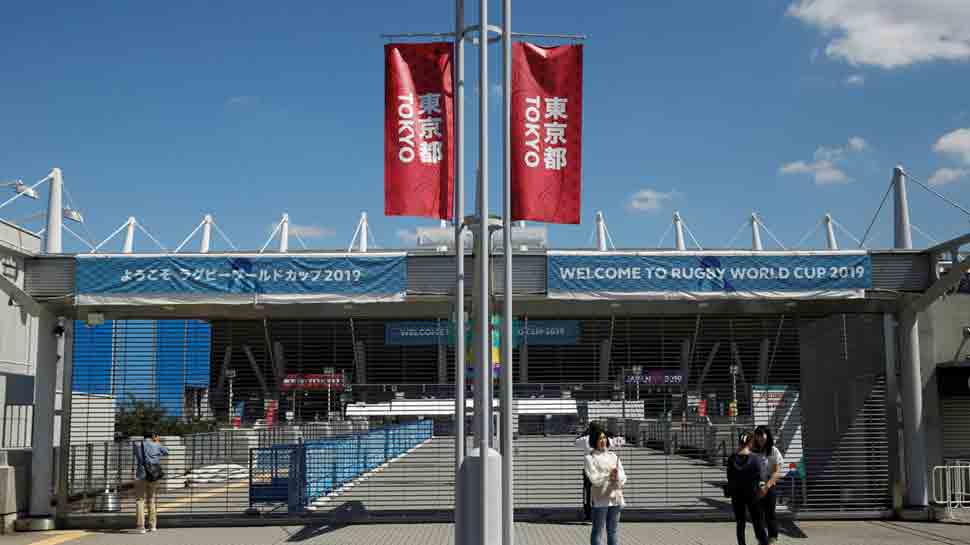 The leaders of the game have lined up all week proclaiming the ninth Rugby World Cup as "historic" and for once the hyperbole was not misplaced as the sport prepared to take a bold leap out of its comfort zone.

Invented at an English school 196 years ago by a rebellious teenager and beloved mostly in former British colonies and France, rugby union has high ambitions for the first foray of their showpiece tournament into Asia.

With only hosts Japan representing the region, though, thoughts of conquering the world`s most populous continent are still a pipe dream, but fans in China and India will at least be able to watch on television for the first time.

Even in Japan, where the rough and tumble 15-man game has always enjoyed high participation numbers, the sports of sumo, baseball and soccer are far too firmly entrenched to be budged in the short-term by the upstart rugby.

What is clear, though, is that the Japanese will embrace the tournament wholeheartedly, as illustrated by the 15,000 fans who turned out to watch Wales train in Kitakyushu on Monday and the 97% of tickets sold.

Organisers are hoping Friday`s opening match between the hosts and Russia at Tokyo Stadium will set a Japanese viewing record for a single sporting event, surpassing the 25 million who tuned in to watch the Brave Blossoms defeat Samoa in 2015.

That remarkable viewing figure came amid a surge of interest following Japan`s defeat of twice champions South Africa at the last World Cup in England, probably the biggest upset in the history of the international game.

Japan have improved since under coach Jamie Joseph but still face a tough task in even finishing in the top two of a pool also featuring Ireland, Scotland and Samoa to reach the quarter-finals for the first time.

And after the last of the 48 matches on Nov. 2, the Webb Ellis Cup - named after the 1823 schoolboy who legend says picked up the ball in a game of what would now be called soccer - will almost certainly return to one of the sport`s heartlands.

New Zealand`s mighty All Blacks, winners of the trophy three times including at the last two tournaments, are favourites and the benchmark by which other teams judge themselves.

They feature in the most highly-anticipated match of the opening weekend when they take on South Africa`s Springboks in the 99th edition of a fierce and often bloody rivalry that goes back long before the World Cup.

South Africa, world champions in 1995 just after the end of the Apartheid era and again in 2007, have this year looked like they have the makings of one of the great Springboks sides with a hulking pack of forwards and skill and pace in the backs.

They drew 16-16 with New Zealand in Wellington earlier this year, one of a couple of results - the other a loss to Australia - that resulted in the All Blacks` decade-long reign at the top of the world rankings coming to an end.

New Zealand retain a winning record of nearly 90 percent over the last decade, of course, but the loss of the number one ranking has only added to a perception that this might be the most open World Cup since the tournament began in 1987.

Australia, who have won the World Cup twice and were finalists four years ago, have always peaked at the right time and will have taken great confidence from the record 47-26 win over the All Blacks in Perth last month.

It is in Europe, however, that hopes have been growing quietly that the neutral turf of Japan might provide another champion to match the solitary Northern Hemisphere title won by England in 2003.

Ireland, who open their campaign against former semi-finalists Scotland in Yokohama on Sunday, looked to be the strongest challengers a year ago after registering their first two wins over New Zealand and they top the world rankings.

The Irish have tailed off a little this year with England and Six Nations champions Wales taking over the mantle, while three-times finalists France are eternally the game`s unknown quantity and cannot be written off however bad things appear.

As for the rest, it is likely to be a case of a couple of upsets that might turn one of the superpowers off course into a quarter-final path they did not anticipate, and a few fun weeks on tour in a country little-known by many of their fans.