The legendary trainer was admitted to a Moscow hospital for weeks after suffering a heart attack following his contraction of COVID-19, according to DailyMail. 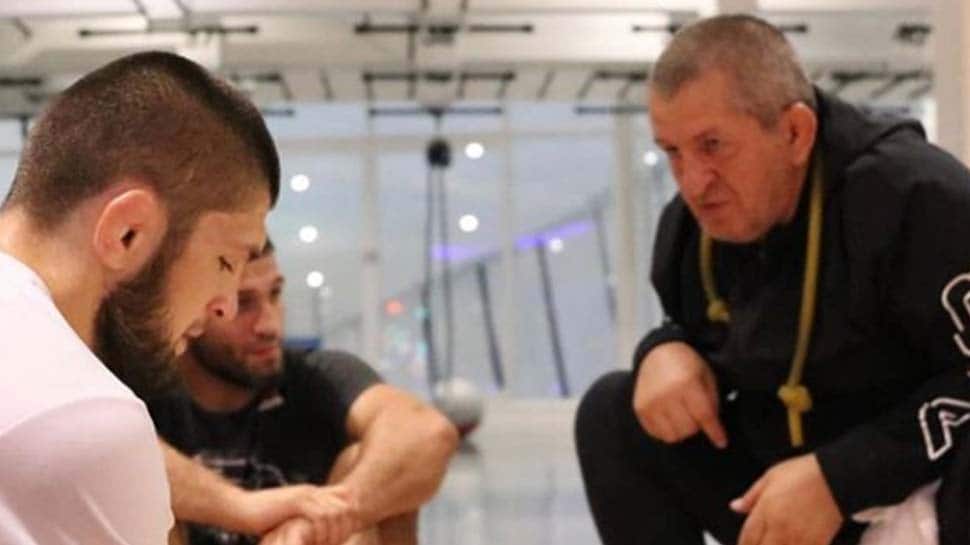 Abdulmanap Nurmagomedov, the father and trainer of UFC champion Khabib Nurmagomedov, died on Friday after complications from a coronavirus COVID-19 infection. The 57-year-old legendary trainer was admitted to a Moscow hospital for weeks after suffering a heart attack following his contraction of COVID-19, according to DailyMail.

Cechen leader Ramzan Kadyrov announced his death with a message which read, "Sad news reached me, friends, that Abdulmanap Nurmagomedov had left this world."

As per DailyMail, Abdulmanap fell ill in April with pneumonia-like symptoms and his condition deteriorated. He was then flown to a hospital in Moscow where he tested positive for coronavirus following which he suffered a heart attack before undergoing bypass surgery.

He was then put into a medically induced coma and when he regained consciousness was reportedly struggling with his speech and according to Kadyrov, has since died, said DailyMail.

"Abdulmanap suffered two strokes, in his heart (a heart attack) and brain. They managed to treat his heart, but not his brain, so he didn`t emerge from a coma. The situation was too serious, it was already too late. The doctors did everything they could, they even tried to connect him with the President (Putin), but his condition was too serious. Abdulmanap oversaw his son beat every opponent so far inside the octagon as Khabib currently holds a 28-0 record on the circuit," family friend Ramazan Rabadanov told Russian outlet Championat as per Daily Mail.