Aishwarya, who won the first round in Dubai and was placed third (Portugal), fifth (Spain) and fourth (Hungary) in the subsequent outings, finished with a tally of 65 points. 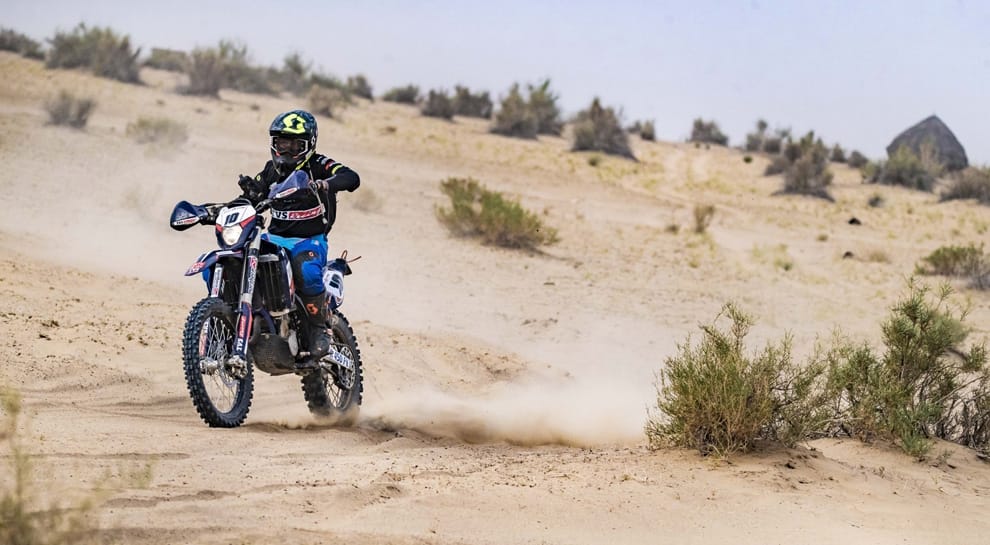 Aishwarya Pissay, the 23-year old from Bengaluru, created history by annexing the FIM World Cup in the women`s category post the final round of the championship on Sunday. She became the first Indian ever to win a world title in motorsport. Aishwarya also finished second in the FIM Junior category on conclusion of the four-round championship.

Aishwarya, who won the first round in Dubai and was placed third (Portugal), fifth (Spain) and fourth (Hungary) in the subsequent outings, finished with a tally of 65 points, just four ahead of Portugal`s Rita Vieira in the final overall standings for women. She was placed second in the Junior category with 46 points, behind championship winner Tomas de Gavardo (60) of Chile.

Going into the Hungarian Baja, Aishwarya (52) and Vieira (45) were the top contenders for the World Cup. The fourth place finish earned the Indian 13 points while Vieira, who was placed third, garnered 16.

An ecstatic Aishwarya, sponsored by TVS Racing, Sidvin, Mountain Dew, Scott Motorsports India, K&N, Cult Sport and BigRock Dirt Park, said after the podium ceremonies: "It`s absolutely overwhelming. I am out of words. After what happened last year, my first international season, when I crashed in Spain Baja and suffered career-threatening injuries, to come out and win the championship, is a great feeling.

"It was a tough phase of my life, but I believed in myself and was determined to get back on the bike which I did after nearly six months. So, winning the World Cup is huge for me and I will look to better my performance having gained this experience. I also hope I will be able to get more sponsors on board and eventually realise my dream of participating in and finishing the Dakar Rally (considered World`s most difficult cross-country race). In any case, I will pursue that dream no matter what."

Reflecting on her Hungarian Baja performance, Aishwarya said: "Without a doubt, the Hungarian Baja was one of my best races though I didn`t win. It wasn`t an easy race. Given the nature of the terrain, it was more of endurance than just pace. I was riding a smaller bike (250cc) as against the 450cc bikes other girls were on. So, there was always a difference of 20-25 minutes between me and the other riders.

"Also, I was wrongly given a road penalty for early check-in which wasn`t my fault. All these factors added to my time. On the positive side, I was happy that I was closing the gap between me and other riders in front of me. I was able to get within seven minutes of Rita (Vieira) and that gave me the confidence. However, it was more about finishing the race and I was focussed on that."