India ended the event with 13 medals -- two gold, four silver and seven bronze medals -- in the tournament which was held simultaneously for men and women for the first time. 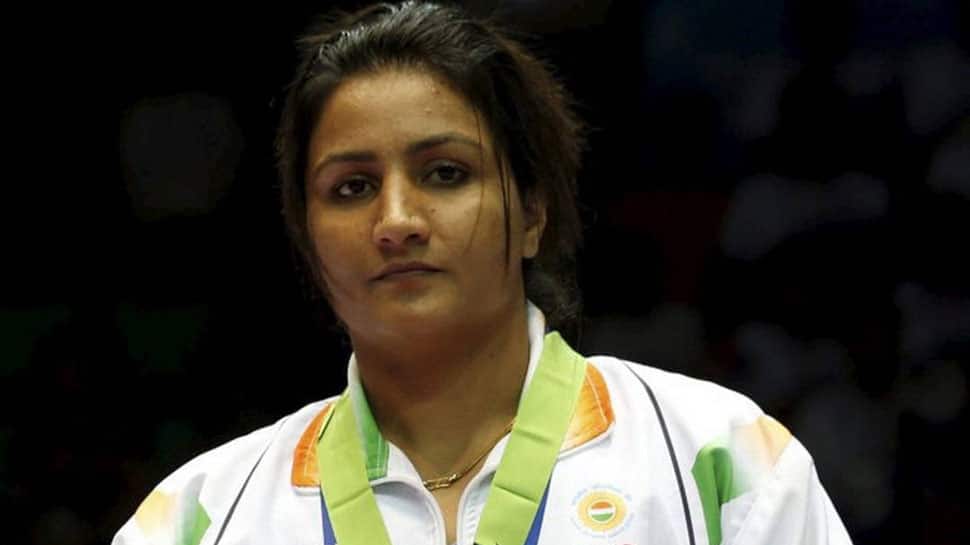 Amit Panghal (52kg) picked up his second successive gold medal of the year, while Pooja Rani (81kg) finished on top among the women to bring a fine end to India's phenomenal campaign in the Asian Boxing Championships on Friday.

India ended the event with 13 medals -- two gold, four silver and seven bronze medals -- in the tournament which was held simultaneously for men and women for the first time.

Panghal, who won the Asian Games gold medal last year, defeated Korea's Kim Inkyu in a unanimous decision. He came into the tournament on the back of a gold at the Strandja Memorial Tournament in February in Bulgaria.

The 28-year-old Pooja, a silver medallist at the event in 2012, struck gold among the women by defeating China's Wang Lina.

The Haryana-pugilist took to boxing against the wishes of her father, who relented after six months of pleadings by the boxer and her coaches in Bhiwani. She also has an Asian Games bronze medal, which she claimed in 2014.

The previous best by Indian men at this tournament was in 2009 when the team won a gold, two silver and four bronze and they equalled that performance this year.

This was Panghal's maiden international competition since moving up to 52kg from the 49kg division earlier this year. Panghal had won a bronze in the 2015 edition of the event.

Up against a lanky opponent, who was willing to play the waiting game, Panghal started in his usual aggressive style.

The strategy of stumping rivals with relentless attacks paid off against Inkyu and the Korean simply had no answer to Panghal's aggression.

The Indian managed to corner his rival quite often and his solid defences thwarted the feeble attempts at connecting by Inkyu.

Earlier, at the end of Deepak's highly contentious split loss to Nodirjon Mirzahmedov of Uzbekistan, the Indian contingent handed the referee the yellow card meant for seeking a review, which was introduced in the tournament on a trial basis this year.

However, India's High-Performance Director Santiago Nieva told PTI that the gesture was merely to highlight "how wrong" the decision was.

"We cannot get the decision changed. Just a protest here," he said.

"The system will officially start in the world championships," added national coach C A Kuttappa.

Bisht, on the other hand, also lost to an Uzbek in Mirazizbek Mirzahalilov, a unanimous decision. The boxer from Uttarakhand fought with a bandage over his right eye but did not back down from going for the offensive.

The aggressive approach resulted in his wound, sustained in the semifinals, opening up just a minute into the third round. This made Bisht slightly defensive and allowed the Uzbek to edge ahead.

Earlier, Deepak also put up a gutsy performance that failed to find favour with the judges.

It was a bout in which both the boxers were mostly looking to counter-attack. Deepak's focus was getting his straight punches across, while Mirzahmedov looked to connect right hooks occasionally.

The Indian was a clear winner in the opening round but Mirzahmedov came back strongly in the second.

The Uzbek turned a shade defensive in the last three minutes, which gave Deepak a chance to assert himself. However, the final outcome was in favour of the Uzbek, much to the surprise of the Indian camp.

Later, Ashish went down to Kazakhstan's Tursynbay Kulakhmet in a unanimous decision.

In the women's finals, national champion Simranjit squared off against China's reigning world champion Dou Dan, before Pooja fought it out with Lina.

Kaur took the ring first and lost in a unanimous decision to Dan. The Indian had her moments, especially in the second round, but was no match to Dan's counter-attacks.

Rani was in action in the last Indian bout of the day and was grit personified in her battle against Lina.

She started rather slow but picked up momentum as the bout progressed to fetch a split verdict from the judges.