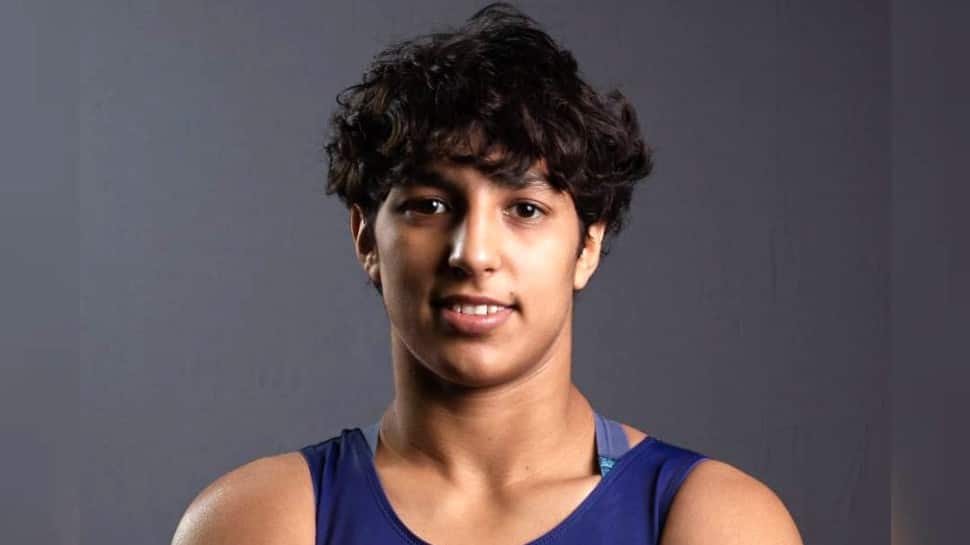 Anshu Malik on Thursday (October 7) scripted history as she became the first Indian woman wrestler to win a silver medal in the World Wrestling Championships. The 20-year-old lost her final bout 1-4 to two-time Olympic medallist Helen Maroulis at the World Championships in Oslo, Norway.

She comes from Nidani village in Jind district in Haryana, a place famous for producing wrestlers and boxers. Anshu had taken up wrestling after seeing her brother Shubham train at the CBSM Sports School at the village in 2012.

The Haryana grappler won a silver medal in the Asian Junior Championships in Taiwan in 2016 and a bronze in World Cadet Championships in Georgia in the same year. A year later she would go on to win the world cadet title.

Anshu’s father Dharamveer is also a former wrestler and has represented India in the junior wrestling team in the 1990s. Dharamveer was forced to cut his professional career short following a knee injury.

When Anshu got home from the Tokyo Olympics in August, her first Summer Games, Dharamveer ensured his daughter was welcomed like a champion.

“Whenever I returned from international competitions without winning a medal, I would always feel dejected. But that has not been the case in Anshu’s career. I have always told her that a loss also teaches one something. She has put the loss against the Russian in the Olympics behind her. To see her become the only Indian wrestler to reach the final of world championships makes me a little emotional,” Dharamveer was quoted as saying in the Indian Express newspaper.

In April this year, she became one of the youngest Indians to qualify for the Tokyo Olympics, having enjoyed a phenomenal run at the senior level over a year and a half – winning the Asian gold and a silver at the Individual World Cup in Belgrade in 2020.

However, her build-up to the Olympics was marred by an outbreak of COVID-19 in her family. Even as her father Dharamveer struggled with the deadly disease, Anshu had to train out of a hotel room. She gave her best shot at the Olympics but lost to eventual finalist Iryna Kurachkina and then Valeria Koblova in the repechage.