World record holder Apurvi, in fact, topped the qualification charts with 630.9 after 60 shots. 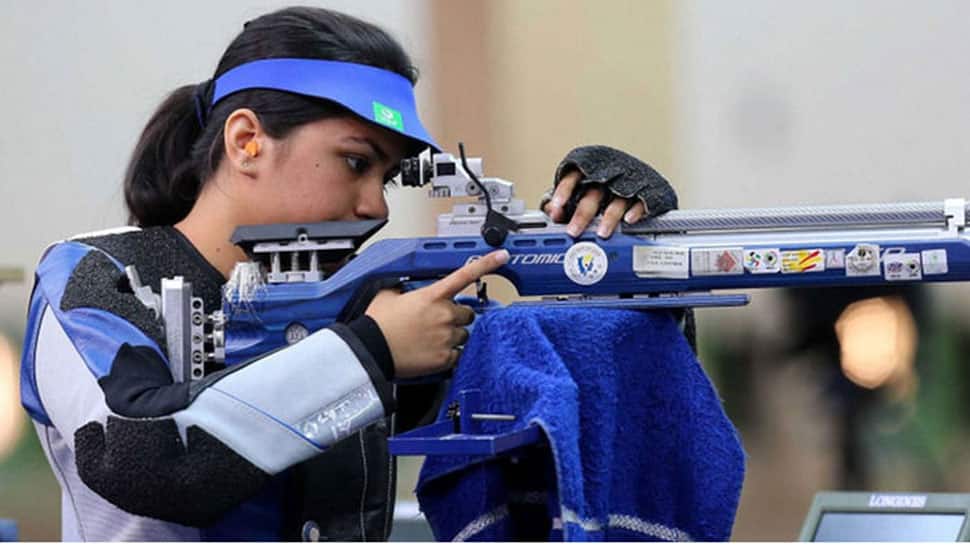 On day one of competitions in the Rifle/Pistol World Cup, the two air rifle shooters eased into the women's 10m finals with solid scores, making it their fifth ISSF final in less than two years, including the World Championship last year.

World record holder Apurvi, in fact, topped the qualification charts with 630.9 after 60 shots, while Anjum, her teammate from Punjab, qualified fourth out of 107 shooters, with a score of 629.4.

Yulia Karimova of Russia won gold with a score of 251.1 in the finals, while Eunji Kwon of Korea bagged silver with 250.2. Korea's Keum Jihyeon won bronze in the event piping Apurvi by 0.1 points after the 20th shot of the 24-shot final.

In the other event of the day, Chain Singh shot 1169 while Parul Kumar shot 1168 in the men's 50 rifle 3 positions event. They safely made it through their elimination round finishing 16th and 18th respectively.

Sanjeev Rajput, in the second elimination, did even better, finishing fifth with a score of 1171.

Another commendable Indian performance of the day came in the non-competitive MQS section where Mehuli Ghosh shot 632.2 in the women's 10m air rifle event to register the best Indian score of the day.

Day two of competitions has two finals lined up -- the women's 10m air pistol and the men's 50m rifle 3 positions. Indian shooters will also be having their eye on the Tokyo 2020 Olympics quotas on offer in both these events.