Maradona died at his home in the northern outskirts of Buenos Aires on Wednesday at the age of 60, after suffering a cardiac arrest. 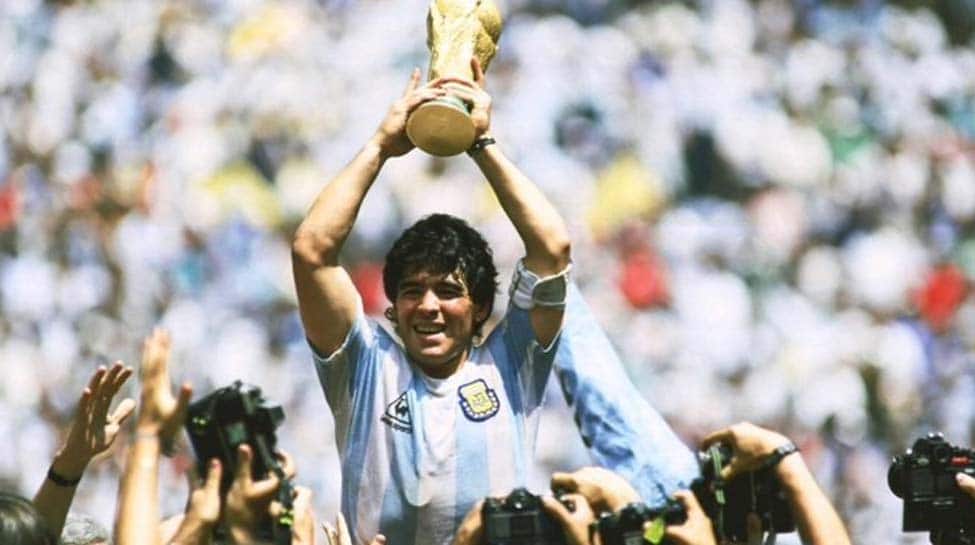 Argentina President Alberto Fernandez paid his respects to legendary footballer Diego Maradona as his body laid in state at Casa Rosada, the presidential headquarters in the capital.

On Thursday, the President arrived at Casa Rosada accompanied by his wife Fabiola Yanez and placed the Argentinos Juniors team jersey with Maradona's number 10 on the coffin, reports Xinhua news agency.

Fernandez is a fan of the Argentinos Juniors club, where Maradona debuted in the First Division on October 20, 1976, when he was 15 years old.

Thousands of fans and admirers fled through Casa Rosada, placing bouquets next to the coffin or memorabilia from teams Maradona played in or coached, such as Boca Juniors and Gimnasia y Esgrima La Plata.

Maradona died at his home in the northern outskirts of Buenos Aires on Wednesday at the age of 60, after suffering a cardiac arrest.

Maradona, who led Argentina to victory at the 1986 FIFA World Cup, is widely regarded as one of the greatest footballers of all time.

He was particularly well-known for the two goals he scored against England in the 1986 World Cup quarter-final. One was later voted "Goal of the Century", while the other is generally referred to as the "Hand of God", a reference to the fact that the goal should have been disallowed for handball.