Athlete Christian Taylor to fly 5,000 miles to take one jump at US meet

The five times triple jump gold medallist will be in the air for about 5,000 miles (7,900 km) on Thursday so he can take one jump at the U.S. championships/world trials in Des Moines, Iowa, on Friday. 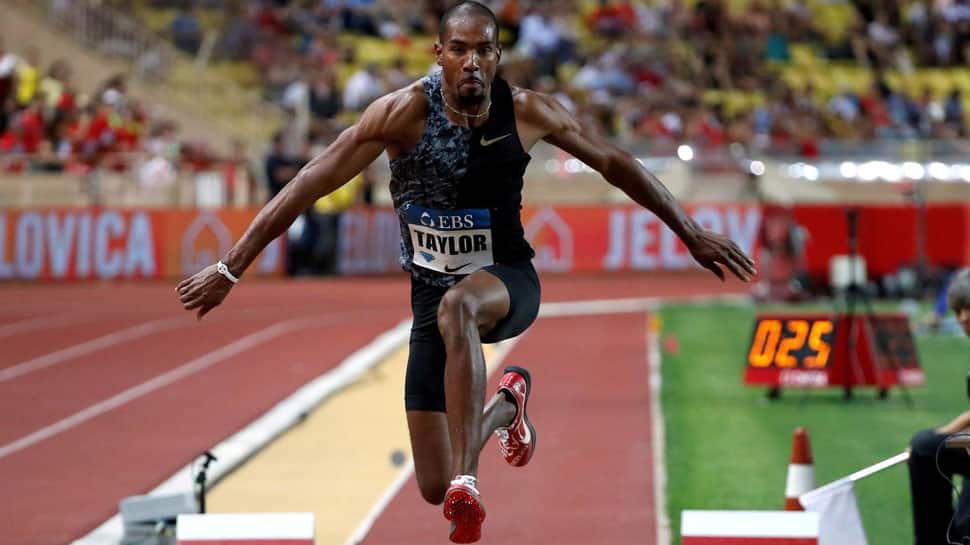 Olympic and world champion Christian Taylor will do more flying than jumping this week.

The five times triple jump gold medallist will be in the air for about 5,000 miles (7,900 km) on Thursday so he can take one jump at the U.S. championships/world trials in Des Moines, Iowa, on Friday.

The American record holder, who stays in Vienna in the summer and competes in Europe, needs to take part in the U.S. championships in order to guarantee a place at September`s world championships in Doha.

Athletics` global governing body, the International Association of Athletics Federations (IAAF,) grants all reigning world champions a wild card bye into the world meet, but for Americans to collect they must take part in the U.S. championships, a USA Track & Field (USATF) rule says.

"I do have the bye and I don`t want to put myself at risk and jeopardise anything, so I have to participate, which I will do," Taylor told Reuters in a telephone call from Vienna.

But do not expect a record-breaking performance.

"It will not be anything competitive," said the second-best triple jumper of all-time, whose top mark of 18.21 metres is eight centimetres short of Jonathan Edwards` world record.

USATF said it instituted the rule to ensure athletes prove their fitness and by appearing, provide the championships/world trials with compelling and exciting competition.

Other reigning U.S. world champions, including 100 metres gold medallist Justin Gatlin, will adhere to the USATF rule either by competing in one or more rounds of their speciality or doing their secondary event.

But for Taylor, "This (the one jump) is the safest, and for me the smartest, thing to do."

Taylor could, of course, take all six jumps and try to win the competition as he does every four years at the U.S. Olympic trials.

Yet this is his way of meeting the USATF requirement while showing his displeasure at the so-called fitness rule.

At previous world trials, which are held every two years, he has either long jumped or fouled in the triple jump.

Last year, at the U.S. championships, he ran the 400 metres.

He said he understood his situation is different from most American athletes, who train in the United States, and he is thankful USATF travel funds, which go to all top athletes, will help defray the estimated $2,000 cost of flight and lodging.