Nassar, a former USA Gymnastics doctor, was sentenced to 300 years in prison after more than 350 women, including Olympic champions Aly Raisman and Jordyn Wieber, testified in court about being abused by him. 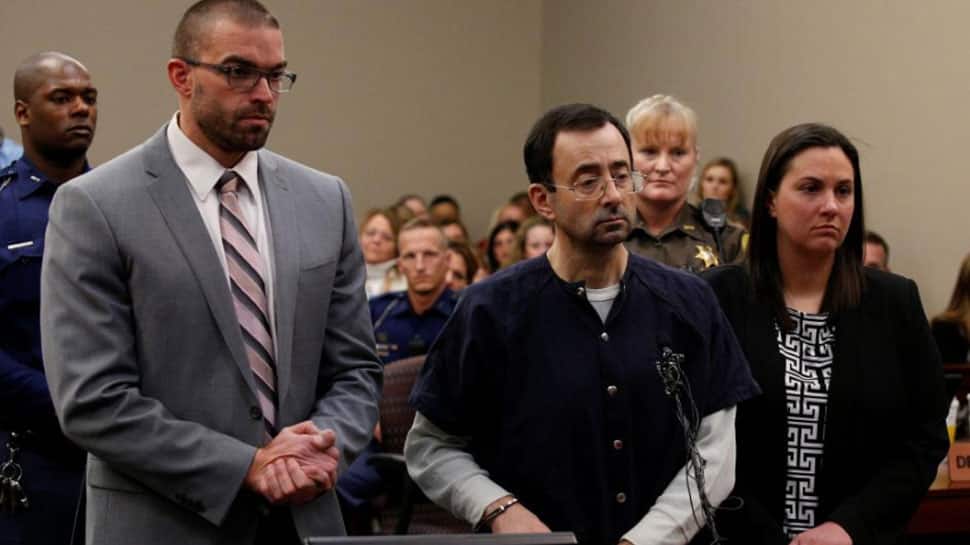 Being told by a close friend that she had been one of disgraced doctor Larry Nassar`s victims has spurred former United States gymnast Alicia Sacramone Quinn to begin working with the Athletes Assistance Fund (AAF).

Nassar, a former USA Gymnastics doctor, was sentenced to 300 years in prison after more than 350 women, including Olympic champions Aly Raisman and Jordyn Wieber, testified in court about being abused by him.

Sacramone, who won 10 world championship medals and an Olympic silver in her career, did not have any contact with Nassar during her career but decided after talking to a friend who had been abused by him that she wanted to help the victims.

"One of the victims told me, she is not involved in any of the lawsuits or anything, but she told me it had happened to her and she did not want it to be public," Sacramone told Reuters.

"She confided in me. It had happened to her and she was trying to pick herself up and move on from it."

"That was heartbreaking for me because I have known her since she was little and for her to come to me, it spoke a lot about our friendship and the trust she had in me."

Sacramone now serves as a representative on the board of the directors of the AAF, which has partnered with the New York Society for the Prevention of Cruelty to Children to provide financial assistance and counselling for any gymnast who has been sexually abused.

Sacramone acknowledged that she was not a qualified counsellor but was more than willing to listen and offer support.

"If they are not ready to talk to a medical provider just yet hopefully if they talk to me I could point them in the direction to finding help using our fund to get them the medical advice and attention they need," said Sacramone.

"I felt this was a good spot to help athletes who have been victims."

The Nassar scandal, however, could just be the tip of the iceberg with many victims of sexual abuse by coaches and doctors remaining silent, according to AAF board chair Tina Ferriola.

"I believe there are far more out there," said Ferriola, who is unable to divulge how many athletes they work with for confidentiality reasons.

"The mission of the Athletes Assistance Fund is to connect any survivors that suffered sexual assault within the sport of gymnastics with qualified healthcare providers."

The AAF is providing a service that Sacramone said was not available when she was competing.

"During my athletic career I don`t believe any of this was available to athletes," said Sacramone.

"We just want them to know this is not something they need to shoulder alone."

"If we can eliminate the cost they don`t have to worry about that and that is one inch helping them move forward."