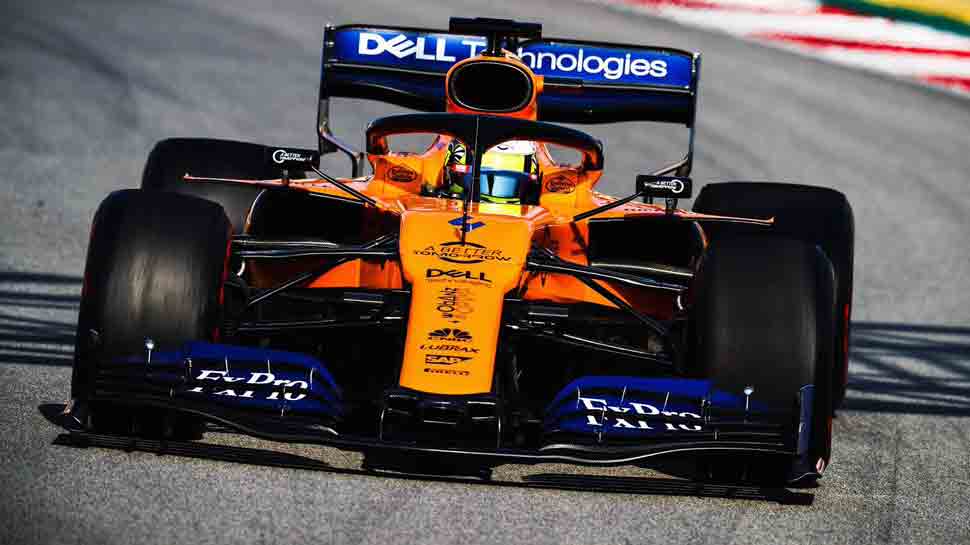 McLaren debutant Lando Norris looked a wise, old head on young shoulders as the 19-year-old enjoyed a solid qualifying debut for the success-starved Formula One outfit at the season-opening Australian Grand Prix on Saturday.

While outshining senior teammate Carlos Sainz, who was knocked out in Q1 and will start from 18th, Norris was also the standout for the championship`s fresh faces.

Norris was fined 5,000 euros ($5,663) for an unsafe release in the final free practice but otherwise has barely put a foot wrong in his first race weekend.

He said crippling nerves had threatened to contain his joy, however, and he was relieved just to get qualifying done.

"I was so nervous, that almost overrode a lot of the enjoyment," he said.

"The enjoyment comes from once I know I’ve completed a lap I’m happy with and seeing how happy the whole team were."

"That’s what makes me happy, seeing how hard everyone has worked and how it’s all come together for qualifying. It’s good to get it off my chest."

McLaren, the team of the late Ayrton Senna and Alain Prost, who also took Hamilton to the first of his five titles in 2008, were sixth in the championship last year.

Their title ambitions have largely disappeared during a lean decade but earning recognition as the `best of the rest` -- behind Mercedes, Ferrari and Red Bull -- would at least be a springboard to greater things.

Lining up behind both of Haas`s cars on the grid on Sunday, Norris will have a chance to push McLaren higher in the pecking order.

"I think it’s massive," he said of his big day out.

"To see that it is possible to do it and that we have in some ways moved forward from last year.

"Not as much as we need to. I feel like I really maximized everything, not completely but to an extent.

"We do need to do a lot of work to maintain these Q3s. Today wasn’t a one-off but it’s not going to happen all the time so I need to make sure I treasure this."