Vijender, unbeaten in his 10-bout pro career, will make his US debut at Staples Center. It will be an eight-round contest and his opponent will be announced later. 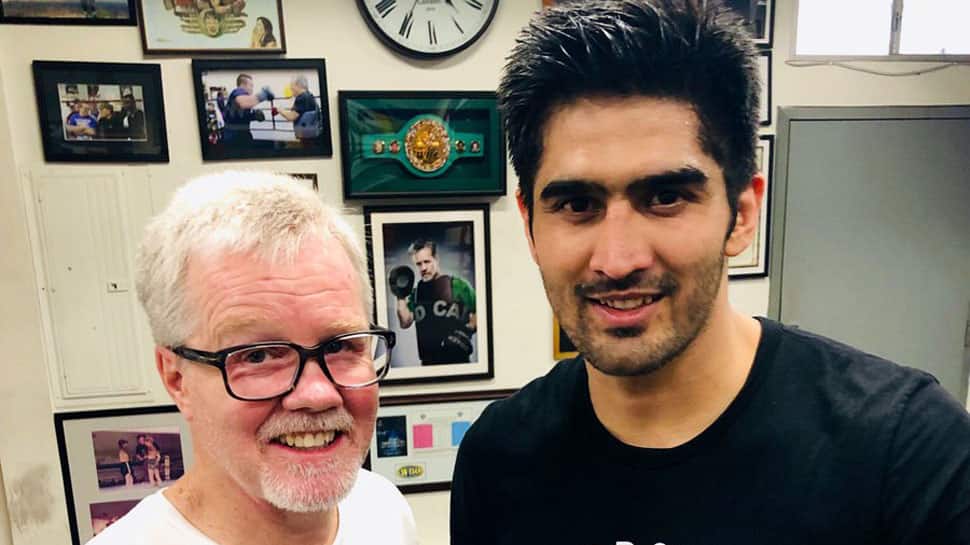 Indian boxing star Vijender Singh will make his debut in the American professional circuit on April 12 against a yet-to-be-decided opponent and is currently training under legendary coach Freddie Roach, who shaped the likes of Manny Pacquiao and Mike Tyson.

Vijender, unbeaten in his 10-bout pro career, will make his US debut at the Staples Center. It will be an eight-round contest and his opponent will be announced later.

The 33-year-old Vijender recently relocated his training base to Los Angles where he is training at the 'The Wild Card Boxing Club' under Roach, a 2012 International Boxing Hall of Fame (IBHOF) inductee.

In his 32 years as a trainer, Roach is widely regarded as one of the best boxing coaches of all time.

"I am thrilled to start training under such a legendary figure in world boxing," Vijender said.

"Professional boxing in the United States is of the highest level, and I believe Freddie is the right guy to bring the best out of me. I look forward to showing the fans a new and improved Vijender Singh," he added.

Roach feels India's first Olympic medallist in boxing has what it takes to be a world champion in the highly competitive US circuit.

"I believe Vijender has the talent and the dedication to become a world champion," Roach said.

"He has a great amateur background, a style that will give any super middleweight in the world problems, and power in both hands," he added.

Ferrari to remove branding for Mission Winnow at Australian GP