Can F1 teammates be real mates? Why not, say McLaren drivers

History suggests that when drivers are fighting for race wins and championships, and enjoy equal status in the same competitive cars, then real friendship is often the first casualty. 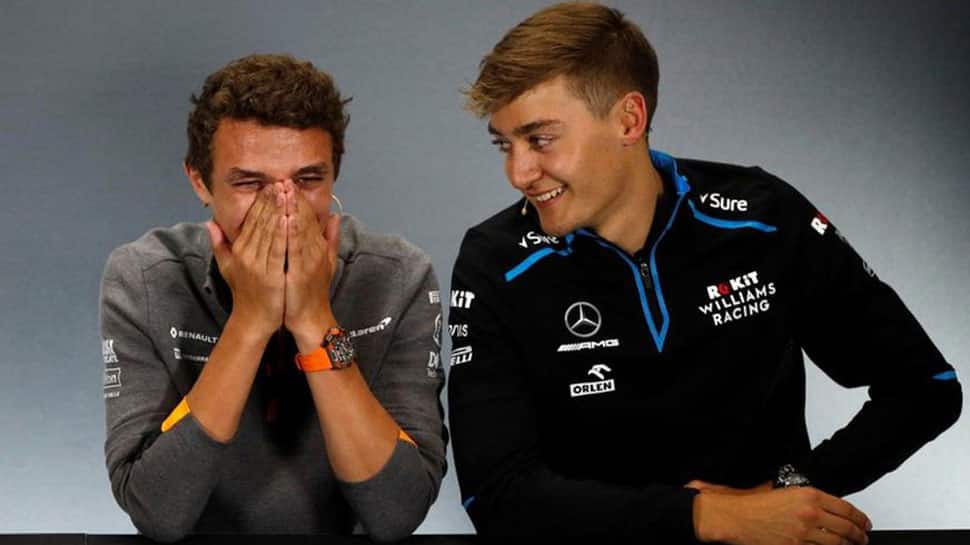 Can team mates be good mates in Formula One? McLaren rookie Lando Norris and Spaniard Carlos Sainz see no reason why not -- even if others have their doubts about how long that will last once the stakes are raised.

History suggests that when drivers are fighting for race wins and championships, and enjoy equal status in the same competitive cars, then real friendship is often the first casualty.

Once-dominant McLaren are a way off that point, without a win since 2012 and fourth overall, and their drivers seem to be enjoying each other`s company better than any other pairing in the pitlane.

There is plenty of banter and good humour between the two on social media and in the paddock, and both insist there is nothing phoney going on.

"I guess you see a lot of stuff on TV where team mates are laughing with each other and everything, but as soon as they go behind closed doors they, like, hate each other," 19-year-old Norris told Reuters.

"That’s all fake, but I think we’re just good friends. We get along, we have fun. I don’t know if it’s something he’s always had, but it’s definitely something I’ve always had with my teammates 99% of the time."

"They are racing for 10th place. If they were racing for a world championship, it would change rapidly, mark my words," said Rosberg, who retired after beating Hamilton to the 2016 title when they were at Mercedes together.

He and Hamilton were boyhood friends and team mates in karting but the relationship grew icy and fraught as Mercedes began to dominate.

"You can`t be friends. You can only be friends if there is a clear number one and two. If you have got two guys who are trying to beat each other, it is impossible to be friends," added Rosberg.

"You are so ego-driven and within a team, the politics going on are so big. You are fighting for a world championship and there`s so much at stake that unfortunately, that becomes more important than friendship."

Norris is an avid gamer, spending hours racing on simulators and playing online in his downtime, while 24-year-old Sainz has little time for that virtual world other than the FIFA soccer game.

The Briton also has an easy sense of humour, as he showed at Silverstone last weekend when he collapsed in fits of laughter during a news conference when provoked by mischievous Australian Daniel Ricciardo.

Sainz, now on his third team and fifth season after starting out at Toro Rosso in a partnership with Max Verstappen and then joining Nico Hulkenberg at Renault, said he and Norris were as competitive as anyone on track.

"Outside of the track, I think there`s no point in being selfish, in being that kind of team mate. At the moment McLaren is going through a period that if you start being selfish, it`s just not going to help the team," he told Reuters.

"The atmosphere we are living in the team right now, the positivity, the momentum, the motivation we all have... I think Lando and I have realised it`s for our own benefit to keep this thing going until hopefully we can make it back to the top. And then we`ll see," he added.

Button, who was Hamilton`s teammate at McLaren from 2010-12 after winning the 2009 title with Brawn, agreed the real test was yet to come.

"For me, my closest teammate was (Brazilian) Rubens (Barrichello). We fell out now and again through 2009 season but most of the time we were pretty close. I regard him as a good friend. It does happen," he said.

"It’s just not that often and I think it’s because the drivers are just under so much pressure to succeed that they struggle to be friends with their main competitor, their teammate. And if Lando starts trouncing Carlos, they’re not going to be friends... it changes definitely when one gets the upper hand."

Struggling Tiger Woods says 'Father Time'' catching up with him