Charles Leclerc ready to follow in the footsteps of Louis Chiron

On Sunday the Ferrari driver could become the first Monegasque to stand on the podium at his home race since Chiron finished third in the inaugural 1950 world championship for Maserati. 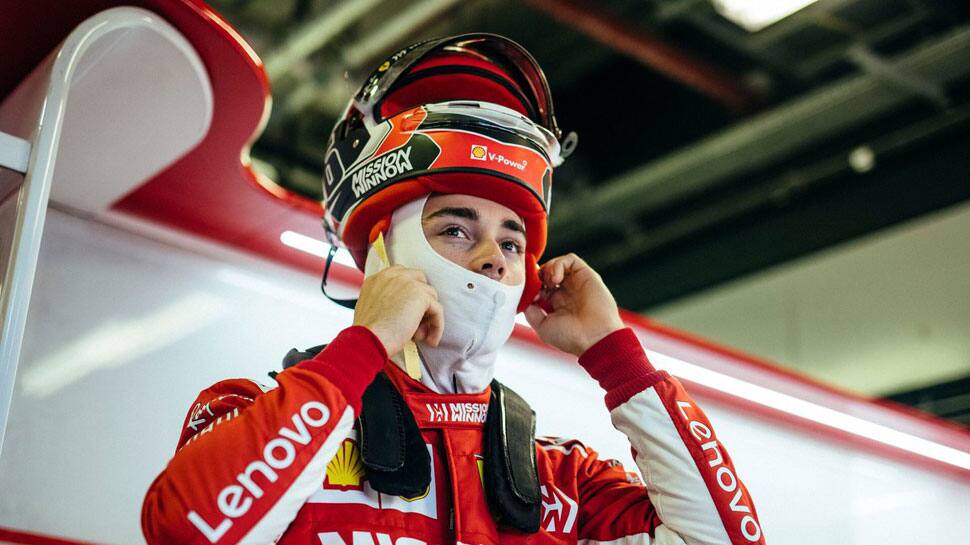 Charles Leclerc must have passed the harbourside bust of Louis Chiron countless times as a boy with barely a sideways glance, but Monaco`s Grand Prix ace of yesteryear is a point of reference now.

On Sunday the Ferrari driver could become the first Monegasque to stand on the podium at his home race since Chiron finished third in the inaugural 1950 world championship for Maserati.

The other two on the podium that day were future champions Juan Manuel Fangio, winner for Alfa Romeo, and Ferrari`s Alberto Ascari.

Leclerc, at 21, has time on his side to create his own legend but he has started out impressively in what is a dream come true for the local hero who grew up with the roar of Formula One cars reverberating around the streets.

"My first memory of the Grand Prix, I was probably about four, something like this," Leclerc reminded reporters this week.

"I always kept this image in my head: I was at a friend’s apartment, out of turn one, playing with the small (toy) cars, watching the Grand Prix at the same time. I think Michael (Schumacher) was at Ferrari."

"(I was) obviously watching the red cars more than the others and yeah, just enjoying and dreaming of being there one day."

Leclerc finished third in Bahrain in March, after securing pole position and setting the fastest lap before being slowed by an engine problem while leading.

His record at home has been mixed, with a crash last year on his debut for Sauber (now Alfa Romeo) and retirement while leading the 2017 Formula Two race -- a race he still ranks as the cruellest of his career.

While Chiron belongs to the distant past, Leclerc`s boyhood hero was the late Brazilian triple champion Ayrton Senna -- who won in Monaco a record six times including five in a row between 1989 and 1993.

As a boy, Leclerc travelled to school on those same streets where he now stares out from posters advertising the race. The principality is still very much home rather than just a place for millionaires to live.

"To be honest, I think there are drivers more famous than me living in Monaco," he said when asked how fame had affected his life.

"It’s great to have a weekend at home. It’s a city that I’ve been growing up in and it’s a huge honour for me to be driving in these streets."

"It’s actually pretty weird because these are the same streets I’ve taken on the bus going to school when I was five or six years old. To take them in a Formula One car feels special."

Even more so would be to stand on the podium, like Chiron all those years ago, on the 90th anniversary of the most glamorous race of all.