The stamps, released by Japan Post Co., feature the Olympic and Paralympic mascots Miraitowa and Someity as well as an image of the new Olympic Stadium, which is still under construction. 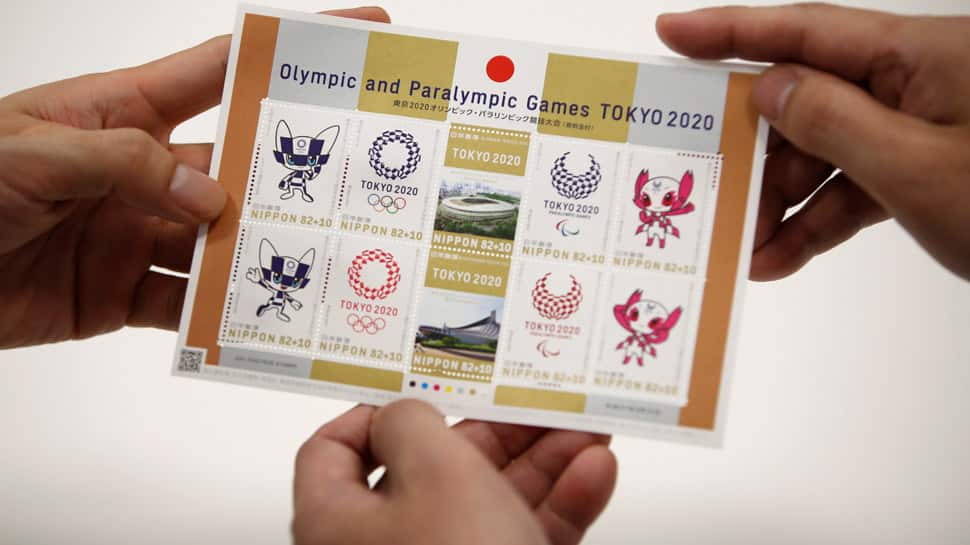 Stamps celebrating next year's Tokyo 2020 Olympic and Paralympic Games went on sale on Tuesday, 500 days before the start of the summer showpiece.

The stamps, released by Japan Post Co., feature the Olympic and Paralympic mascots Miraitowa and Someity as well as an image of the new Olympic Stadium, which is still under construction.

One million sheets of 10 stamps are on sale, priced at 920 yen ($8.26), which includes a donation of 100 yen towards preparations for the Games.

Dozens queued outside the main post office near Tokyo station to get their hands on the special stamps.

"Each stamp has 10 yen donation to operations for the Olympic and Paralympic Games in Tokyo 2020, so I would like to contribute to the Games even if a small amount," said 77-year-old Masaki Nakamura at Tokyo station.

"I like the mascots. I think that there are few stamps with illustrated designs so this would be a good memorial item," said Yu Anami, who had come to the station early to get her hands on the stamps.

The designer of the stamps, Akira Tamaki, said he had taken inspiration from the commemorative stamps made for the 1964 Tokyo Olympics and Paralympics, when Japan last held the Summer Games.

"What we wish is to design and produce a stamp to be proud of as Japan-made, because whole world is looking forward to it," Tamaki told Reuters before the stamps went on sale.

"I was inspired not by the (1964) stamp design itself, but rather by the fact that it was a national project and people were all excited for it. I saw the power of the era and I believe that is something I should strongly sense and inherit," he added.

In 1964, the Games provided the city with the opportunity to rebranding and shake off a war-ravaged reputation and show a modern face to the world.

This time, the legacy is likely to be more intangible but Japan Post hope the stamps can further ramp up enthusiasm for the Games.

"This will be the second Olympics hosted by this country," said Shinoda Atsushi, the executive in charge of stamp production at Japan Post.

"I hope Japan will enjoy the enthusiasm through the second Olympic games. It would be great if our stamps become a part of creating such an enthusiastic atmosphere," added Atsushi.

The Olympics begin in Tokyo on July 24 next year.