Kipchoge made it three wins from as many appearances at the London Marathon last year, finishing more than two minutes clear of European record holder Farah. 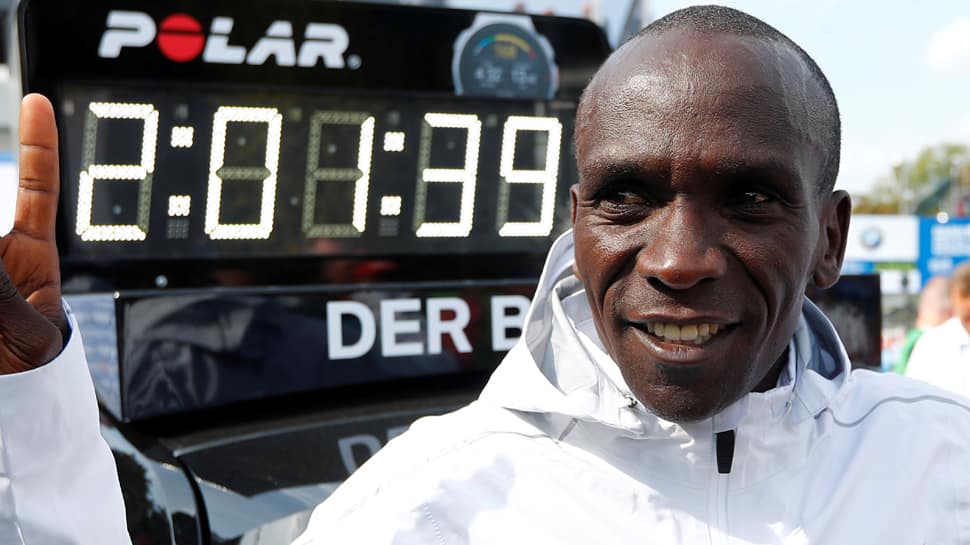 Kenya`s world record-holder and defending champion Eliud Kipchoge will return to the London Marathon this year, setting up a mouth-watering clash with Britain`s Mo Farah.

Kipchoge made it three wins from as many appearances at the London Marathon last year, finishing more than two minutes clear of European record holder Farah, who came third in his first year since retiring from the track to focus on the marathon in 2017.

While Farah went on to win his maiden marathon title in Chicago, Kipchoge shattered the world record by 78 seconds as he completed the Berlin Marathon in two hours, one minute and 39 seconds.

"I`m hoping that 2019 is just as good to me. I am looking forward to racing Sir Mo Farah again. He is a great champion and proved in Chicago that he can win a major marathon so I relish the battle with him and also the many other great athletes that I`m sure will once again be on the start line in London," he added.

Kipchoge, 34, and Farah, 35, are currently joint leaders of the World Marathon Majors Series XII and could seal the title with a victory in London.

"We will see two absolute legends of distance running competing over 26.2 miles of roads in the greatest marathon in the world," London Marathon`s event director Hugh Brasher said.

"I cannot wait until Sunday 28 April to see who comes out on top," Brasher added.