The 25-year-old Dipa, who had finished fourth in the event at 2016 Rio Olympics, performed a higher difficulty Handfront 540 vault for the first time in the competition. 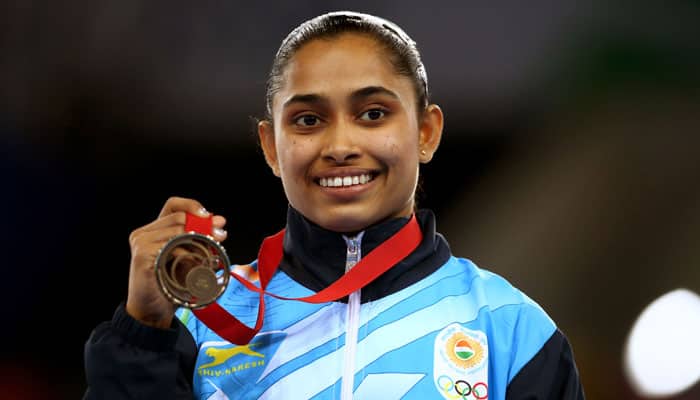 India's Dipa Karmakar on Thursday made it to the vault finals after finishing third in the qualifying round of the Artistic Gymnastics World Cup.

The 25-year-old Dipa, who had finished fourth in the event at 2016 Rio Olympics, performed a higher difficulty Handfront 540 vault for the first time in the competition.

American Jade Carey took the top spot in the qualifying round with an average score of 14.70 while Alexa Moreno of Mexico was second with 14.533.

The top eight finishers in the qualification round will compete in the final.

The vault final will be held on Saturday.

Dipa will also take part in the balanced beam event on Friday.

"It's a good performance by Dipa. Let us hope that she stands on the podium after Saturday's final and takes one more step towards Olympic qualification," Gymnastics Federation of India vice president Riyaz Bhati said.

Dipa had claimed a bronze at the vault event of the Artistic Gymnastics World Cup in Cottbus, Germany in November last year. It was her first appearance after recovering from a knee strain, which had forced her to miss the vault final in the Jakarta Asian Games.