In the first leg of the qualifiers on Friday, India had defeated Russia 4-2. 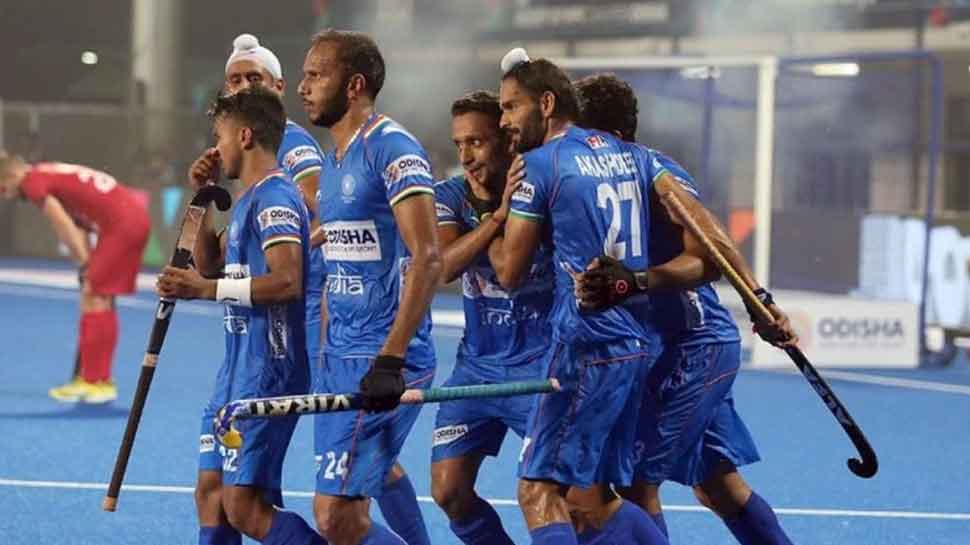 Bhubaneswar: In a double delight for the country, both Indian men and women hockey teams on Saturday qualified for the 2020 Tokyo Olympics.

Eight-time winners India qualified for the 2020 Tokyo Olympics after thrashing Russia 7-1 (11-3 on aggregate) in the second game of the two-legged FIH Qualifiers for men here on Saturday.

The men's team booked their tickets after the women defeated USA 6-5 on aggregate to qualify for the sporting extravaganza.

The Indian men, ranked fifth in the world, had earlier defeated world number 22 Russia 4-2 in the first-leg on Friday.

In the first leg of the qualifiers on Friday, India had defeated Russia 4-2.

In the second leg of the Olympic qualifiers, Russia got off to a brilliant start as it gained a one-goal lead in the first minute.

India rushed off the blocks in the second quarter with three goals, taking the scoreline to 3-1.

Nilakanta Sharma then added another goal of the match when the game was in the 47th minute.

India continued their aggressive form in the game and just after one minute, the team took their lead to four with the help of Rupinder Pal Singh's strike.

Consolidating India's position further in the match, Rupinder netted another goal, taking the scoreline to 6-1.

When the match was in the final minute, India's striker Amit Rohidas scored a goal as the game ended with a scoreline 7-1.

Hence, the game concluded with an aggregate score of 11-3, which enabled India to qualify for the Tokyo 2020 Olympics.

Earlier, India's women hockey team pipped USA 6-5 on aggregate despite losing the second leg. They had thrashed USA 5-1 on Friday but they were given a scare by the USA who raced to a 4-0 lead at the halfway mark. An all-important goal skipper Rani Rampal brought back India into the game.