This win assumes even further importance considering the fact that the squad was considered amongst the rank outsiders at the start of the tournament comprising of 32 teams. 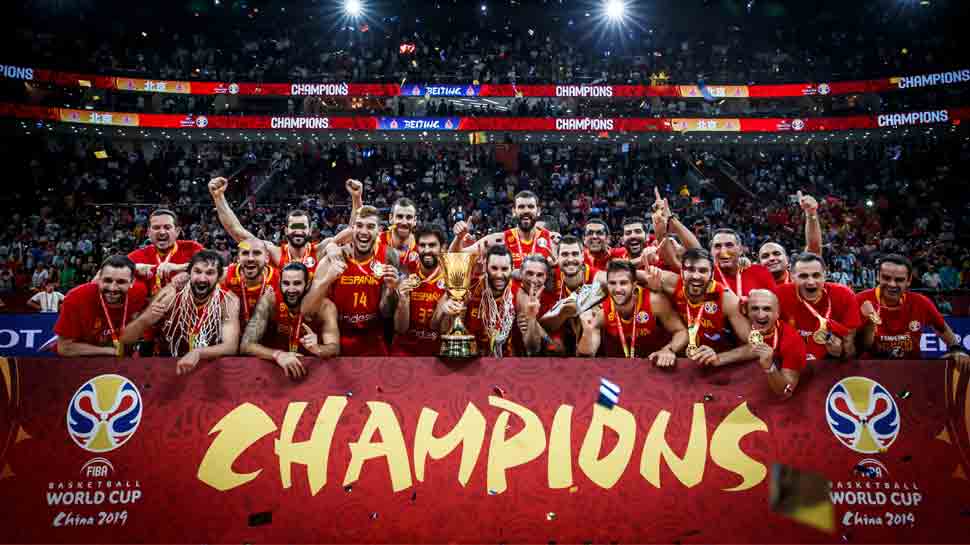 Spain emerged victorious in the final of the FIBA Basketball World Cup on Sunday for the first time since 2006, with an excellent 95-75 win over Argentina.

This win assumes even further importance considering the fact that the squad was considered amongst the rank outsiders at the start of the tournament comprising of 32 teams.

Argentina made their presence felt in the tournament with excellent performances and a consistency in gameplay, through thick and thin. However, they failed to defeat Spain who were steady in defence, leaving their opponents in no position to take a clear advantage in the clash.

The game certainly had a few eye-catching moments as Argentina made a comeback registering a 11-0 run, after the Spaniards recorded a 14-2 lead. This was followed by the eventual victors taking control yet again with a 12-0 run in the third, taking the lead up by 22.

Point guard Ricky Rubio, Marc Gasol and Willy Hernangomez were the main contributors for the Spaniards, with three shots apiece. The Spaniards scored first in the clash and pulled down 47 rebounds, 20 more than Argentina, setting the stage for a sizeable win.

Rubio was named as the MVP of the 2019 FIBA World Cup, with Gasol registering a triumph in his second championship in less than three months. The latter and Rudy Fernandez are the only two players who were a part of Spain's squad in their previous world championship, which came in 2006.

Earlier in the day, France registered their second consecutive World Cup bronze medal with a 67-59 win over Australia on the back of a stellar performance from Nando De Colo who netted 19 points.