With three wins and a draw, India are currently leading the six-team league table with 10 points and a goal difference of eight. 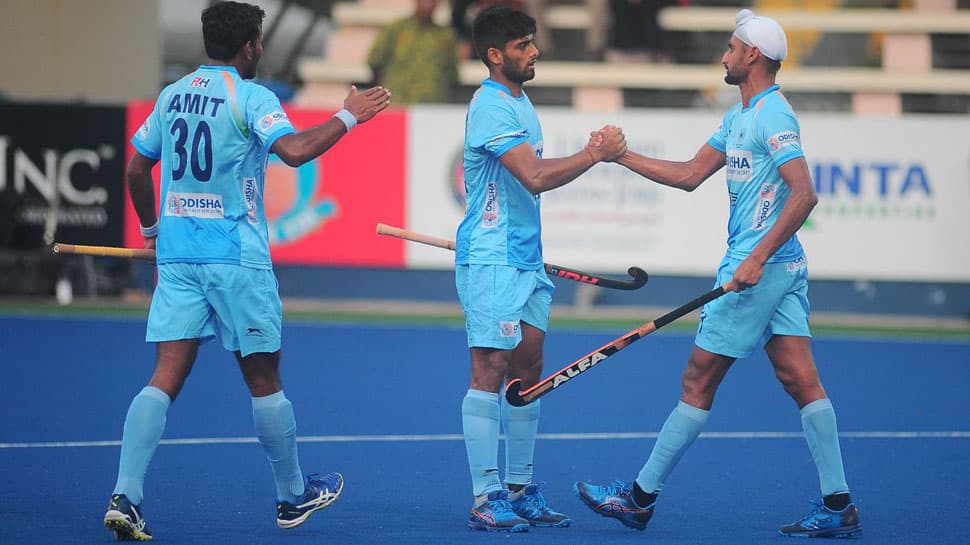 Their final berth already sealed, favourites India would look to test their attacking prowess and aim for a big win when they take on lower-ranked Poland in their final league match of the Sultan Azlan Shah Cup hockey tournament on Friday.

With three wins and a draw, India are currently leading the six-team league table with 10 points and a goal difference of eight.

Just like five-time champions India, Korea too have secured their place in Saturday's summit clash with 10 points but they have an inferior goal difference -- five -- than the Indians.

The last round league matches, thus, have become inconsequential for all the teams but both India and Korea would look to keep their winning momentum intact.

Against Poland, ranked 21st in the world, it should be an easy match for world number 5 India.

The Indians had a pretty good outing in the tournament so far, barring one match -- against Korea.

India defeated Asian Games gold medallist Japan 2-0 before getting the better of hosts Malaysia 4-2 and Canada 7-3. The only blip for the Manpreet Singh-led side was the 1-1 draw against Korea.

Come Friday, the Indians would be eyeing to test their attacking combinations ahead of the big final against Korea.

Mandeep Singh has been a live wire up front, scoring a hat-trick against Canada but he needs more support from other strikers and that is precisely what the Indian think-tank would be hoping to achieve against Poland.

Besides Mandeep, Varun Kumar has been impressive with penalty corner conversions and he would like to continue in the same vein in the remainder of the matches.

After a slow start, the Indians showed progress in every match of the tournament with improved structure and discipline.

Poland, on the other hand, are still winless in the tournament and would at least look for a consolation point.

But it would be a herculean task to achieve that against a world-class side like India.

Poland were hammered 1-5 by Malaysia, 0-4 by Canada and 0-3 by Japan. Korea is the only team which had to fight tooth and nail to get the better of Poland 3-2.

With five titles under their belt, India are the second most successful team in the Azlan Shah Cup behind Australia (10 titles).

India's last triumph came way back in 2010 when they shared the title with Korea after the match was abandoned due to rain.

Despite coming here with a mix of senior and junior players, India would be looking to end their eight-year title jinx.

In other inconsequential matches on Friday, Korea will take on Japan while Malaysia will finish off their campaign against Canada.