The four times world champion Vettel,  managed 169 laps of Barcelona's Circuit de Catalunya and did not hide his delight. 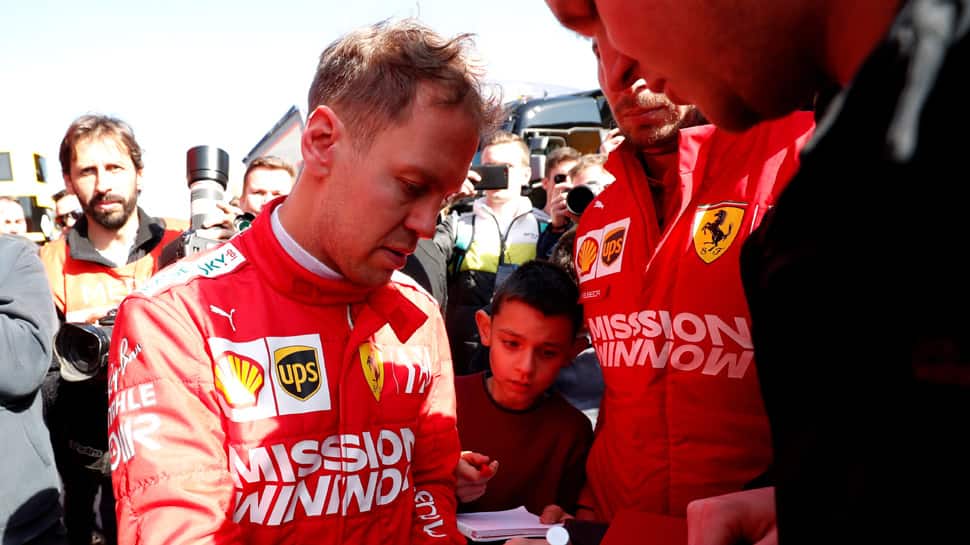 Ferrari's first day of pre-season Formula One testing was close to perfection, a delighted Sebastian Vettel said after setting the fastest time and completing more laps than anyone else.

The four times world champion managed 169 laps of Barcelona's Circuit de Catalunya and the German did not hide his delight.

"Unbelievable, I think the car was working really well. We had no issues slowing us down, we actually completed the programme just the way we wanted," he told reporters.

"Obviously, I am still a little bit rusty because I haven't driven for a couple of months but it's getting better. I certainly got enough laps today," added Vettel.

"I will sleep well tonight. The car is working, I'm very happy. It's doing what I want, so I am very pleased at the moment."

"I think huge compliments to everyone back in the factory. How they tackled the new rules and regulations, and what they put on track today is very close to perfection on the first day of driving," he added.

Ferrari have had a shake-up since last season, with Mattia Binotto installed as team principal in place of the departed Maurizio Arrivabene.

That has also brought a change in attitude, with Ferrari already seeming a more welcoming place, for the media at least, after what had seemed like a siege mentality under Arrivabene.

Binotto has decades of experience at Ferrari and Vettel said the foundations remained the same.

"Obviously he's been around a long time and knows everybody so in this regard there is no news," said Vettel.

"Its obviously news to be in the position and have that responsibility but so far I think everybody is having a smile on their face, focused and happy to come in for work and do their job."

"Days like this and a start like this are quite rewarding, with a lot of laps on the clock and a general good feeling for the car," Vettel added.

Vettel is now starting his fifth season at Ferrari and he was reminded that it took his great compatriot Michael Schumacher five years before he won a title with the Italian team.

While he said it was too early to make such comparisons and it did not feel like five years since he left Red Bull, Vettel saw clear progress in the team.

"The team is developing and closer together year by year so I hope that this year we get to have a lot of fun, fun means win a lot of races and then ultimately you are fighting for the championship," he said.

"If we can maintain the level of enjoyment and fun that I found on the track today, and saw in people's faces the last couple of months, then I'm positive and hopeful for the future.," he signed off.