Team Haas driver, Romain Grosjean, crashed through the safety barrier on the opening lap of the Bahrain GP, bringing the race to a halt. The driver is in a stable condition and has suffered minor burns along with a suspected broken rib. 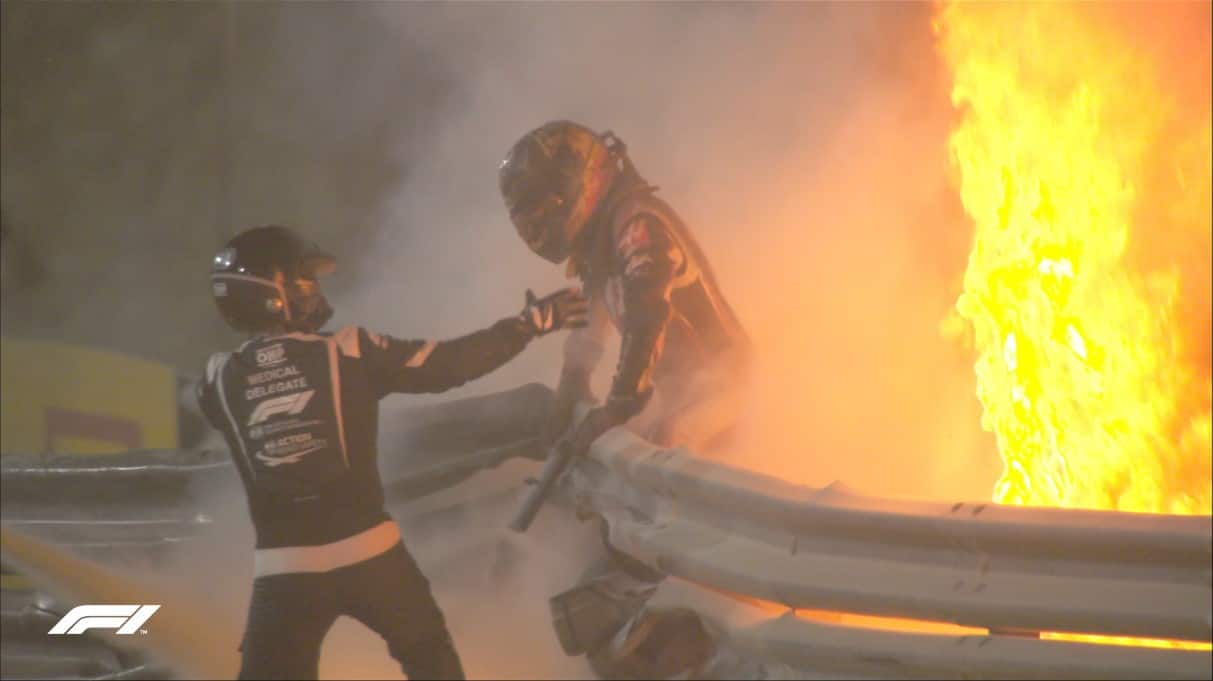 Manama: Romain Grosjean suffered minor burns and suspected broken ribs but was in a stable condition after his car smashed through safety barriers at the Bahrain Formula One Grand Prix on the opening lap, bringing the race to a halt.

The Frenchman’s Haas car was ripped in half and engulfed in flames as it speared through protective barriers immediately after the start, following contact with the AlphaTauri of Daniil Kvyat.

The fact F1 driver Romain Grosjean walked away from a crash this serve is nothing short of a miracle  pic.twitter.com/7JSVXKOP6s

The impact was measured at over 50G, according to a spokesman for the sport`s governing FIA.

"(Romain) is stable and being taken by helicopter to the BDF MC Military Hospital for further evaluation," the governing body said.

A spokesman for Grosjean`s Haas team said the 34-year-old had suffered minor burns on his hands and ankles and had one or more suspected broken ribs.

Replays showed Grosjean, who is out of contract next season, exiting his flaming car unaided and jumping over the safety barrier. Limping, he was then helped by FIA doctors to an ambulance.

Stewards said the race would be delayed for at least 45 minutes with a 10-minute warning before resumption, as track workers carried out repairs to the barriers.

Lewis Hamilton, who television pictures showed shaking his head in disbelief as he watched the replays, was in the lead. Max Verstappen was second with Sergio Perez third.