The triumph, in Formula E`s 50th race, made Wolff the first woman to win a round of a global FIA-sanctioned single-seater open-wheel series as a team boss. 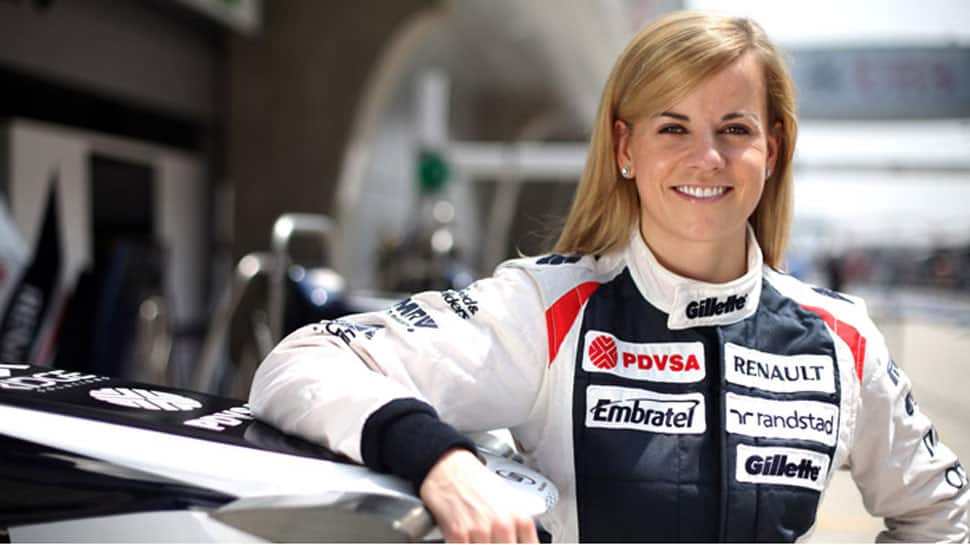 In a marriage of motor racing team principals, Susie Wolff can say for the first time that she is a winner and one up on husband Toto for the season -- until the weekend at least.

The fact is tongue-in-cheek, given that Toto`s Mercedes Formula One team start their title defence in Melbourne only on Sunday, but the boss of Formula E outfit Venturi is savouring the moment.

The triumph, in Formula E`s 50th race, made Wolff the first woman to win a round of a global FIA-sanctioned single-seater open-wheel series as a team boss.

The significance was not lost on the Scot`s Austrian husband.

"The funniest thing was when he (Toto) called me after the race when he heard we’d got the victory, and said: `Now the pressure’s on. You’re the first Wolff with a win this year!" she told Reuters.

In Formula One, Claire Williams is deputy principal of the former champions founded by father Frank, while Monisha Kaltenborn was principal of Sauber from 2012-17.

Yet there still seem to be those who find it hard to accept.

"When I did my first media interviews after I was announced as a team principal, the first question was, what qualifies you for the job?" said Wolff.

"The second question was, did your husband place you in the role? And the third was, how are you going to do your job as a mother? I was speechless to think that we were not making any progress."

Wolff recognises that Formula E is still only a startup in its fifth season when compared to Formula One, a championship celebrating its 1,000th grand Prix next month and that she is under a lot less pressure than her husband.

"I do think that’s a completely different ball game," she said of Formula One. "There’s huge pressure, there’s a worldwide audience which is much larger than Formula E and there’s a lot of money at stake.

Toto`s team have won both Formula One titles for the past five years and are going for a record sixth successive double.

Susie Wolff is happy to credit his influence.

"I never like to hear myself referred to as a power couple. I think that’s the first step onto a slippery slope," she cautioned.

"But it would be wrong of me not to mention him and credit him because, in the end, we are a team. I think there’s nobody closer in the world than your own husband. And we are very passionate about what we do, very competitive."

"He lives and breathes that job 24/7. And that has been a huge inspiration for me ... in the end, he’s one of the most successful that there’s been and I do see that as a big advantage to me stepping into the role."

Formula E has had five different winners in five races this season, and the championship remains open with Venturi fourth overall.

Wolff, also a shareholder in the team whose other driver is Brazilian ex-Ferrari F1 driver Felipe Massa, had originally set herself a three-year plan to turn them into front-runners and is ahead of schedule.

"For me to have come in and scored a victory in my first year, I`m absolutely proud of that, definitely. It’s something which has come sooner than I expected," she said.

"In Formula E, because it has that structure of being quite cost-controlled and partly standardised, it means a small team or big manufacturer, if you get it right you have a chance for success which is great."

Venturi are 31 points off the top but ahead of manufacturers like Nissan, BMW, Citroen`s DS and Jaguar. There are eight rounds remaining in a season that ends in New York on July 14.

With a good run, Wolff can dream of becoming a title-winning principal, not that she will entertain such thoughts.

"That’s something I can dream about but let’s not talk about that," she said. "It looks like I’m flying away with the fairies if I have statements like that coming out."