Golf: Kevin Chappell shoots 59 in return from back surgery

In his first tournament since back surgery a year ago, Chappell had a chance to tie Jim Furyk`s all-time low of 58 but missed an 10-foot birdie putt at the ninth hole. 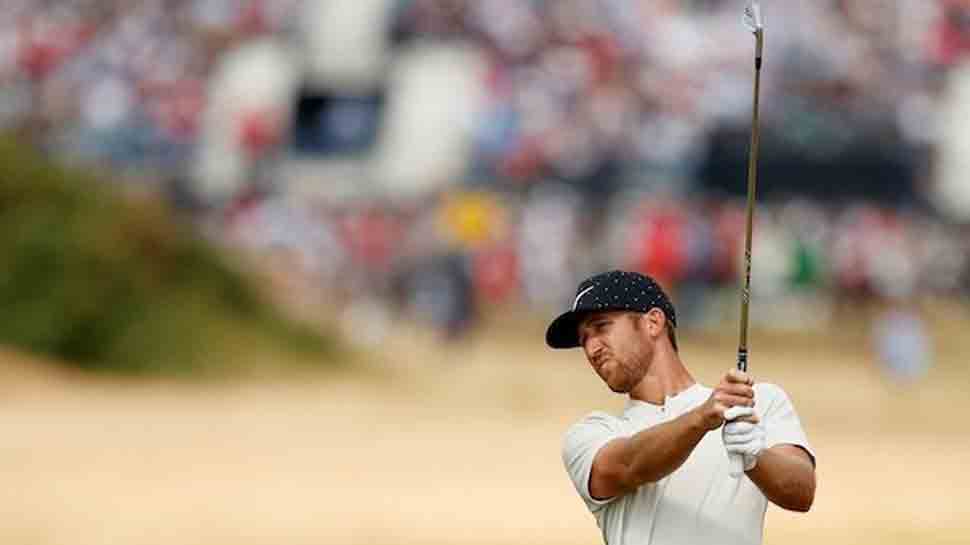 Kevin Chappell became the 10th player to break 60 on the PGA Tour as he used a record-tying nine consecutive birdies to shoot an 11-under 59 at the Greenbrier Classic in West Virginia on Friday.

In his first tournament since back surgery a year ago, Chappell had a chance to tie Jim Furyk`s all-time low of 58 but missed an 10-foot birdie putt at the ninth hole. His nine consecutive birdies tied Mark Calcavecchia`s PGA Tour record at the 2009 Canadian Open.

"I was striking it well, and it seemed like every putt I had was a pretty simple read," Chappell told PGA Tour Radio.

"To go out and have my first start back on the PGA Tour to shoot 59, get myself in contention going into the weekend, I just couldn`t be more proud of myself right now," he added in a news conference.

Despite his superb play, the 33-year-old former President Cup player was in fifth place at 10-under 130 after an opening round 71.

Adam Long was another stroke back after another 62. Things were going so well for Chappell that he told his caddie he wanted to shoot 57.

But pars on his final two holes ended that chance.Playing the back nine first, Chappell shot 28, making eight consecutive birdies after opening with a par.

He started the front nine with another birdie and added birdies at the fifth and seventh holes.The sub-60 round was the first on the PGA Tour since Brandt Snedeker posted a 59 at the 2018 Wyndham Championship.

"Ten months ago I was laying on my couch and couldn`t get up," Chappell said. "So many people sacrificed to get me here, especially my family. A lot of people believed in me, put in a lot of hard work."

Scheffler, who played in the morning from the back nine first, also had a string of birdies. He made four in a row to start the round at White Sulphur Springs, then added two more to make the turn at six under.

He collected two more, including one at his last hole for his 62. Niemann, also starting on the back nine, used an eagle at the 12th and six birdies to catch Scheffler.

Shelton, the first day leader, then caught both of them, making six birdies after an early bogey. South Korean Im Sung-jae added a 67 to a first-round 66 and was six strokes off the pace.