Having shot a dismal eight-over 152 on opening day, problems compounded further as she hit three bogeys between fifth and eighth hole on Day Two to miss the cut. 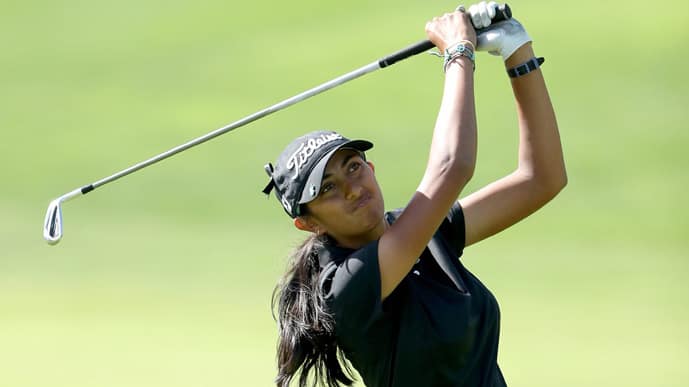 Adelaide: Indian golfer Aditi Ashok missed the cut in the Women’s Australian Open after she shot a second successive 76 at the Kooyonga Golf Club on Saturday.

At eight-over 152, she was way off as the cut fell at 3-over 147. While the back nine of the course presented a problem for Aditi on the first day, it was the front stretch that was troublesome on the second day. She had three bogeys between fifth and eighth and turned in three-over.

By then her slim chances of making the weekend were over. She shot two birdies against three bogeys on the back nine and exited early from the tournament. For a second consecutive day, Jin Young Ko dominated the event as she shot three-under 69 to build a three-shot lead over Australian Emma Talley, who has shot 68-69.

The 22-year-old South Korean is now 10-under. She went out in the great early-morning conditions and carded a three-under-par 69 to add to her dazzling first-round 65. The closest was American LPGA Tour rookie Emma Talley at 7-under.

Two major winners, Jiyai Shin and Sun Young Yoo, were tied third at six under. Australia’s leading hopes, Perth’s Minjee Lee and hometown hero Steph Na, lie at two under but both are eight shots from the lead. Veteran Karrie Webb had a disappointing day, shooting 78 to miss the cut.