Obiri emulated Ethiopia`s Kenenisa Bekele, the only man to achieve the treble, as she powered away from Ethiopian Dera Dira to win by two seconds over the 10.24km course in 36 minutes 14 seconds. 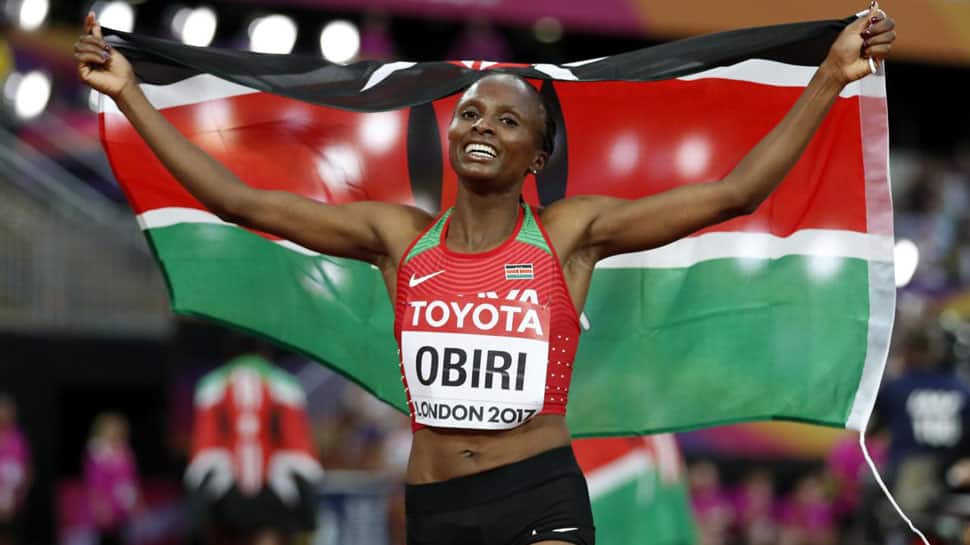 Kenya`s Hellen Obiri made history in athletics on Saturday when she won the IAAF World Cross Country Championships in Aarhus, Denmark, to become the first woman to lift world titles indoors, outdoors and at cross country.

Obiri emulated Ethiopia`s Kenenisa Bekele, the only man to achieve the treble, as she powered away from Ethiopian Dera Dira to win by two seconds over the 10.24km course in 36 minutes 14 seconds.

"It is really special," the world 5,000 metres champion said after leading her Kenyan colleagues to the team title too.

"It was my debut IAAF World Cross Country Championships and my only chance to do it. I now don`t need to do any more cross country," added the 29-year-old.

Joshua Cheptegei became the first Ugandan to win the senior men`s title, making amends for the agonising near-miss in front of his home fans in the previous edition in Kampala two years ago when he faded calamitously in sight of victory.

This time, he forged clear of teammate Jacob Kiplimo, as the pair also led the Ugandan men to a first-ever team gold, and Kenya`s defending champion Geoffrey Kamworor to win convincingly by 25 metres in 31:40.