In a historic move, India to host World Boxing Championship for the first time in 2021

India has never conducted the men's World Championship but has played host to the 2006 women's mega-event. 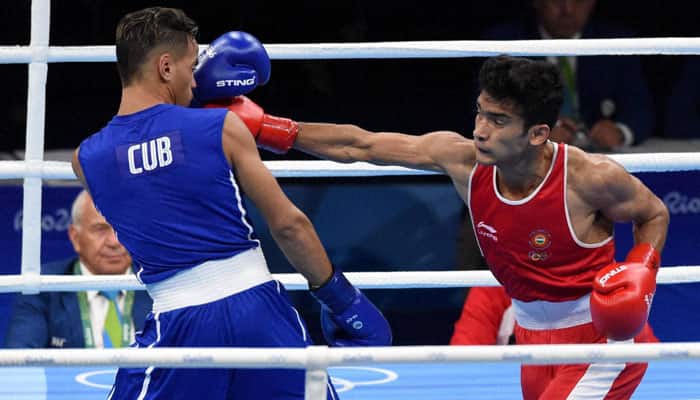 The International Boxing Association (AIBA) made the announcement at the end of its two-day executive committee meeting in Moscow.

"... We are delighted to have the AIBA Men's World Championships 2019 confirmed for Sochi, and equally excited to announce New Delhi as host city in 2021 as the Boxing Federation of India continues to show its commitment to developing the sport," AIBA President Dr Ching Kuo Wu said in a statement.

"Following the presentation of the Turkish Boxing Federation, I know that Trabzon will also meet the demands of hosting the world's biggest women's boxing tournament in 2019," he added.

India has never conducted the men's World Championship but has played host to the 2006 women's mega-event. The major men's boxing events hosted by India have been the 1990 World Cup in Mumbai and the 2010 Commonwealth Championships in New Delhi.

"It is the first time ever that a country has been awarded two major Championships, that too back to back. The presentation made by us was adjudged the best by AIBA President," Boxing Federation of India President Ajay Singh told PTI.

"AIBA expects India to be a major powerhouse for boxing and getting these Championships is a giant leap in that direction," he added.

The development is quite significant given that India had a federation in place only last year after serving suspension and termination between 2012 and 2016 owing to administrative wrangling.

After analysing the presentations, the AIBA Executive Committee unanimously awarded the 2019 women's World Championships to Trabzon, Turkey. The AIBA 2018 Congress was awarded to the Russian capital city of Moscow.

"The strength of all of the bids we have seen today is the clearest indication yet of AIBA's successful efforts to amplify the prestige of its World Championships even further," Dr Wu stated.

The announcement expectedly led to elation in the Indian boxing fraternity

India's men's team coach Santiago Nieva, who is currently in France with this year's World Championships-bound squad on a training-cum-competition trip, said getting the twin events' hosting rights is nothing short of historic.

"This is amazing for Indian boxing and definitely historic. It shows the power and resolve of the federation. Getting these Championships will be very important for Indian boxing for many years to come. It will make the boxers work hard," he told PTI over phone.

"I told the girls this morning and they were over the moon. The Boxing Federation of India has managed to get something really big for India and now it is upto the boxers to live up to the expectations," Sandhu said.