India is currently placed at the top of the medals tally, with two gold, one silver and one bronze. 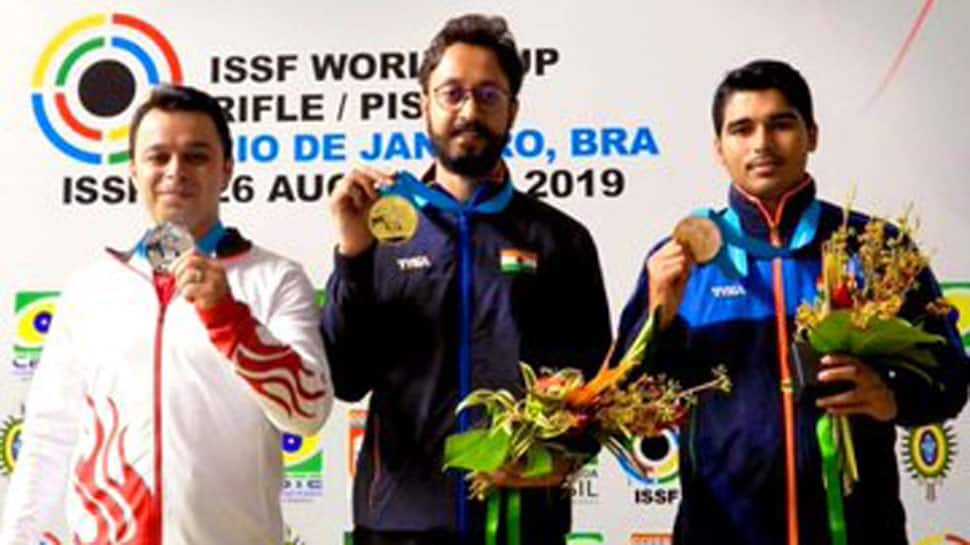 29-year-old Abhishek, who also won the gold medal at the ISSF World Cup in Beijing in April this year, shot a score of 244.2 in the eight-man final to take the top honours.

Meanwhile, Artem Chernousov of Turkey and Indian teen sensation Saurabh Chaudhary settled for silver and bronze medals after posting a score of 243.1 and 221.9, respectively in the season's fourth ISSF World Cup for rifle and pistols.

Meanwhile, Sanjeev Rajput--another Indian in the fray-- bagged a silver medal in men's 50m Rifle 3 Positions event after posting a score of 462. The result also saw Rajput secure an Olympic Quota for Tokyo 2020.

Petar Gorsa from Croatia clinched a gold medal in the event, while Changhong Zhang from the People’s Republic of China finished at the third place.

India is currently placed at the top of the medals tally, with two gold, one silver and one bronze.