The Indian duo defeated the Ukraine pair of  Olena Kostevych and Oleh Omelchuk in the summit showdown of 10m air pistol mixed team event to take the top honours. 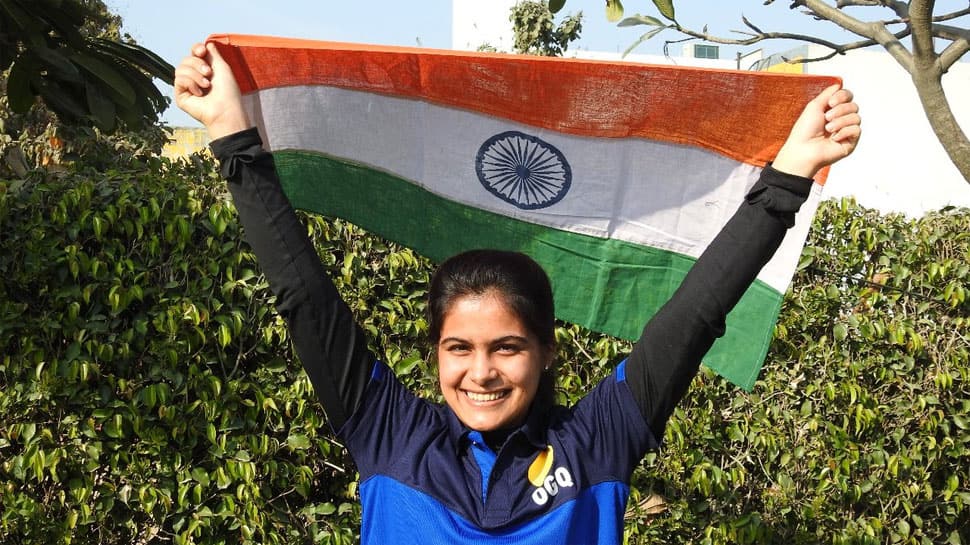 The Indian pair of Manu Bhaker and Saurabh Chaudhary made the country proud on Thursday by bagging a gold medal in the 10m air pistol mixed team event at the International Shooting Sport Federation (ISSF) World Cup in Munich, Germany.

The Indian duo defeated the Ukraine pair of  Olena Kostevych and Oleh Omelchuk in the summit showdown of 10m air pistol mixed team event to take the top honours on the final day of the tournament.

With the win, Bhaker and Chaudhary have handed the nation their second gold medal in the tournament after another Indian pair of Anjum Moudgil and Divyansh Panwar sealed the yellow metal in the 10m air rifle mixed team event of the tournament earlier on Thursday.

Meanwhile, Apurvi Chandela and Deepak Kumar--the other Indian duo in the fray--settled for the silver medal in the same mixed team event.

Earlier, Bhaker and Chaudhary made a top-place finish in the first qualification round scoring 586 points before posting a total of 591 points in the second qualification stage to make it to the gold medal match.

The Indian pair has now bagged four golds in the 10m air pistol mixed team event in the last four months. They had earlier claimed the top honours at the Beijing World Cup last month, the Asian Airgun Championship in Taipei in March and at the New Delhi World Cup in February.