Taking to his official Twitter handle, Der Burgh reflected on his experience with the coronavirus after being diagnosed with novel COVID-19. 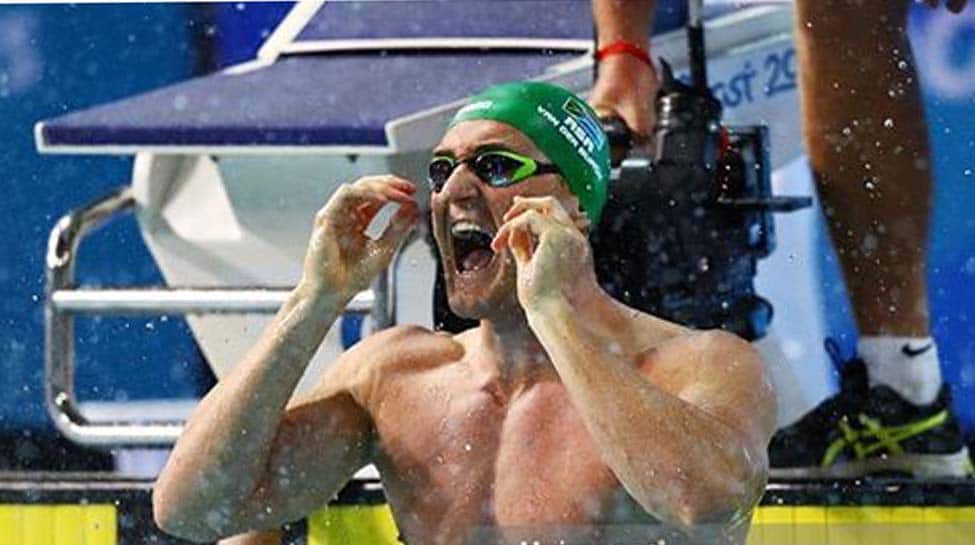 Former Olympic gold medallist and South African swimmer Cameron van der Burgh has revealed that he has been battling with COVID-19 for 14 days now before describing the deadly coronvirus as "by far the worst virus he has ever endured".

Taking to his official Twitter handle, Der Burgh reflected on his experience with the coronavirus after being diagnosed with novel COVID-19.

“I have been struggling with COVID-19 for 14 days todayBy far the worst virus I have ever endured despite being a healthy individual with strong lungs (no smoking/sport), living a healthy lifestyle and being young (least at-risk demographic)," Der Burgh, who clinched a gold medal in the 100-meter breaststroke at the 2012 Summer Olympics, wrote.

The South African swimmer further revealed that even a slight physical ctivity like walking leave him exauhsted for hours.

"Although the most severe symptoms (extreme fever) have eased, I am still struggling with serious fatigue and a residual cough that I can’t shake. Any physical activity like walking leaves me exhausted for hours," he added.

Der Burgh also said that the atheletes who continue to train for the Tokyo Olympics are exposing themselves to unnecessary risk as they will struggle to get back in peak condition for the Games if they come into contact with the virus.

“The loss in body conditioning has been immense and I can only feel for the athletes that contract COVID-19 as they will suffer a great loss of current conditioning through the last training cycle. Infection closer to competition being the worst.Athletes will continue to train as there is no clarification regarding the summer Games and thus are exposing themselves to unnecessary risk -- and those that do contract will try rush back to training most likely enhancing/extending the damage/recovery time." the 31-year-old added in a series of tweets.

Earlier on Monday, Canada became the first country to pull out of the Olympic Games 2020, while Australia advised its athletes to prepare for the Tokyo Olympics 2021.

The International Olympic Committee (IOC) had earlier stated that postponing the 2020 Olympics is one option in the wake of the worldwide coronavirus pandemic, but added that cancelling the Games is not on the agenda.

The virus outbreak, which was first reported in December 2019 from Wuhan city of China, has so far claimed the lives of more than 14,000 people and has affected more than 3,40,000 persons globally.

Will wait for a month before making decision: IOA after Canada pulls out of Tokyo Games