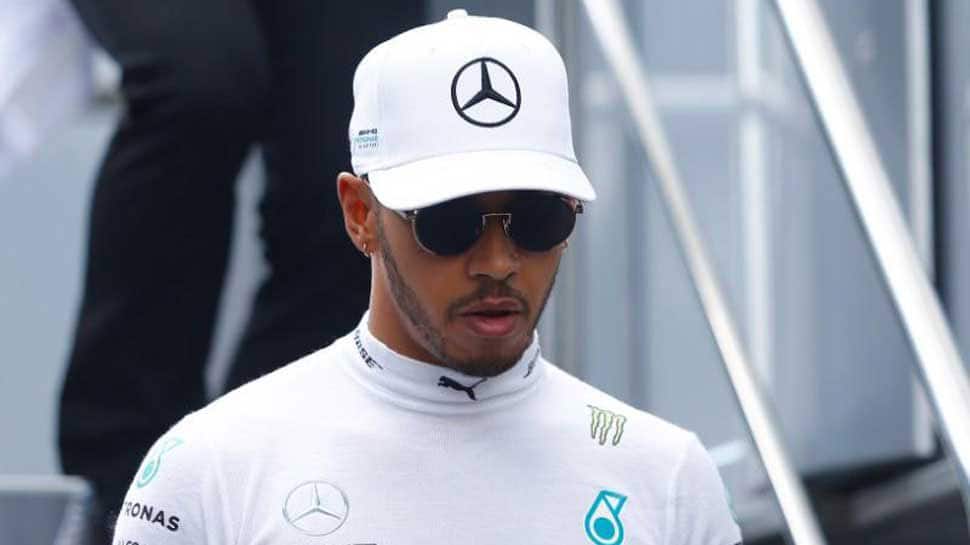 Bottas, on pole position, finished a distant second after a safety car period turned the race decisively in Hamilton`s favour by handing the home favourite a free pitstop in a thrilling race. It was Hamilton`s seventh win in 10 races this season and 80th of his career.

The five-times world champion, now on 223 points to Bottas`s 184, also banged in a late fastest lap, on a set of tyres that had already done 30 laps, to secure an extra point. "Ah, what a day! I love you Silverstone," Hamilton exclaimed over the radio after rapper Stormzy had waved the chequered flag, with Bottas 24.9 seconds behind.

Ferrari`s Monegasque Charles Leclerc was third after team mate Sebastian Vettel rammed into the back of Red Bull`s young charger Max Verstappen. Vettel, who had been third but finished 16th, had to pit for a new front wing and collected a 10-second time penalty for causing the collision.

Verstappen ended up fifth and behind his French team mate Pierre Gasly.  Victory lifted Hamilton clear of Frenchman Alain Prost and the late Jim Clark, who both won five times in Britain, and the champion pulled over to collect a Union Jack from a marshal on his cool-down lap.

"I can`t tell you how proud I am to be here today," declared Hamilton, interviewed by 2009 champion Jenson Button after parking up. "So many British flags out there and I could see them lap after lap. Every year I`ve been coming I`ve seen it and noticed it and appreciated it. You`d think you`d get used to something like that but I tell you, it feels like the first time."

Hamilton and Bottas battled for the first few laps, with the Finn losing and retaking the lead, but the decisive moment came when Italian Antonio Giovinazzi spun his Alfa Romeo into the gravel on lap 20.

Bottas had pitted three laps earlier but Hamilton had yet to come in for fresh tyres and was able to take advantage and pit without losing position for hard tyres that took him to the finish. Behind the Mercedes pair, 21-year-olds Leclerc and Verstappen kept the crowd enthralled with a wheel-to-wheel reprise of their duel in Austria two weeks earlier.

Time and again they battled for position, their positioning inch perfect and with Leclerc being every bit as tough on Verstappen as the Dutch driver had been to him at sunny Spielberg. Vettel, who had pitted with Hamilton when the safety car was deployed, then rammed into the back of the Red Bull on lap 38 after Verstappen had gone past around the outside of Stowe corner.

"He passed me and then ran a bit wide, which gave me the chance to come back," said the German. "It looked for a second that he was going to the right and there would be a gap on the left which didn`t open and by that time it was too late and I crashed."

Spaniard Carlos Sainz was sixth for McLaren, ahead of Renault`s Australian Daniel Ricciardo and Alfa Romeo`s Kimi Raikkonen. Russian Daniil Kvyat was ninth for Toro Rosso and Nico Hulkenberg took the final point for Renault on a good day for the French manufacturer.