The 17-year-old recently secured India its seventh 2020 Olympic quota in shooting with a fourth-place finish in the women's 10m air pistol event of the ISSF World Cup in Munich. 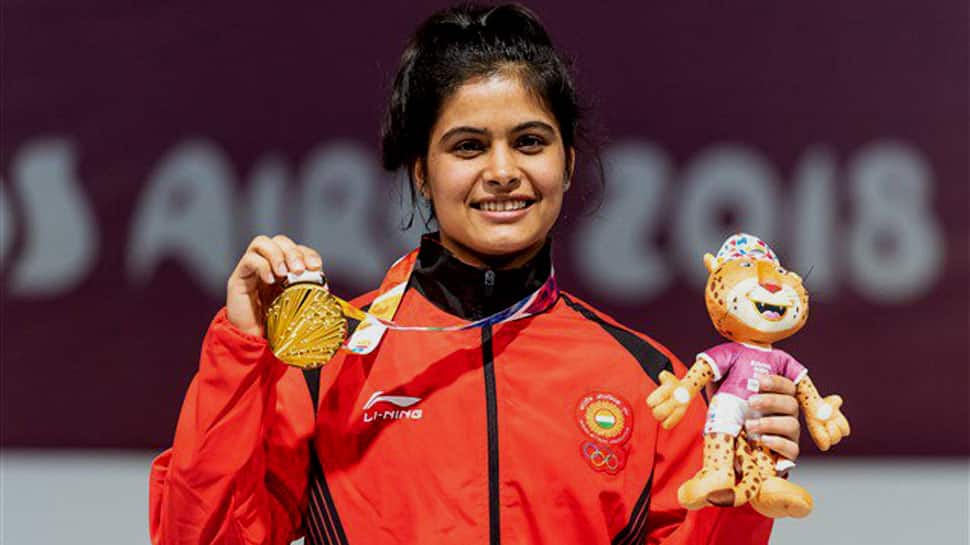 Manu Bhaker feels the Olympic quota is only a "reassurance" that she remains what she was when she burst onto the scene. For the young pistol ace, maintaining scores on the road to Tokyo is the "tougher part".

The 17-year-old recently secured India its seventh 2020 Olympic quota in shooting with a fourth-place finish in the women's 10m air pistol event of the ISSF World Cup in Munich.

"I can't exactly say that I am relieved but the difficult part surely lies ahead. I feel maintaining form and scores is tougher than securing a quota," Bhaker told PTI during an interaction.

As per its policy, the National Rifle Association of India (NRAI) picks the team on the basis of scores the athletes shoot in selection trials and competitions, taking into account the cumulative scores.

Bhaker showed exemplary spirit to earn the quota, as it came barely two days after a pistol malfunction dashed her hopes in the 25m air pistol in the same tournament.

"Malfunction was destiny, couldn't have done much about that. I had to overcome that. I just tried to forget that and concentrated on my next event," Bhaker, a gold medallist at the World Cup, Commonwealth Games and the Youth Olympics, added.

She is happy to have added to India's quota in what she terms the most difficult World Cup.

"The competition is toughest in Munich with all the top athletes from the world competing for medals. That makes it more satisfying," she said.

The International Shooting Sport Federation is headquartered in Munich and the World Cup is one of the most prestigious in the ISSF's annual calendar.

Bhaker said winning the quota was not on her mind until the official announcement in the final made her realise that she has finally done it after months of trying.

"Frankly speaking, I was not thinking about the quota at all this time. The thought only struck me when it was announced that the top five athletes remain," the girl from Jhajjar, Haryana, said.

Bhaker said she will continue to shoot in both 10m and 25m events.

"The aim is to maintain this position and then improve further. I will focus in both. There will be no major changes in my training regime."

Gold medals in the ISSF World Cup in Mexico and the Gold Coast Commonwealth Games last year were followed by Bhaker becoming the first Indian girl to win a medal in the Youth Olympics. Expectations soared but Bhaker remained grounded.

"Pressure will always be there, my job is to not get bogged down by pressure. I do my meditation, yoga and they help me control my mind better," she signed off.