Kom will now square off with Busenaz Cakiroglu of Turkey on Saturday for a place in the summit showdown of the tournament. 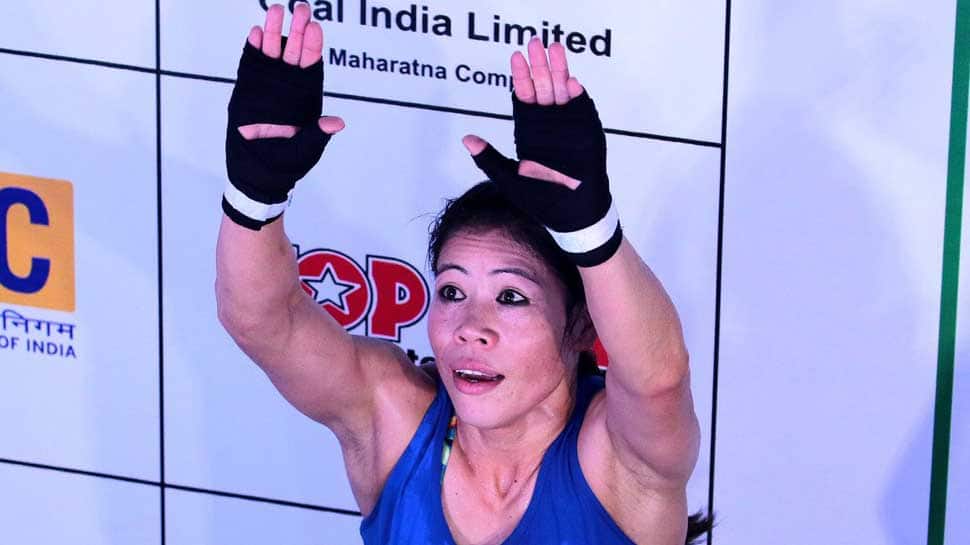 Indian star boxer Mary Kom assured herself of at least a bronze medal in the ongoing Women's World Boxing Championships after booking her place in the semi-finals of the 51kg category event in Ulan Ude on Thursday.

The 36-year-old from Manipur defeated Rio Olympic bronze-medallist Ingrit Valencia Colombia in a 5-0 unanimous decision in the quarter-final clash of the event.

The Indian boxer was earlier tied with Cuban legend Felix Savon on seven World Championships medals after winning the gold medal in the 48kg category in New Delhi last year.

Meanwhile, it will also be Kom's first World Championships medal in the 51kg flyweight category--the one chosen for 2020 Olympics in Tokyo-- and not in her general weight category of 48kg.

Kom will now square off with Busenaz Cakiroglu of Turkey on Saturday for a place in the summit showdown of the tournament.