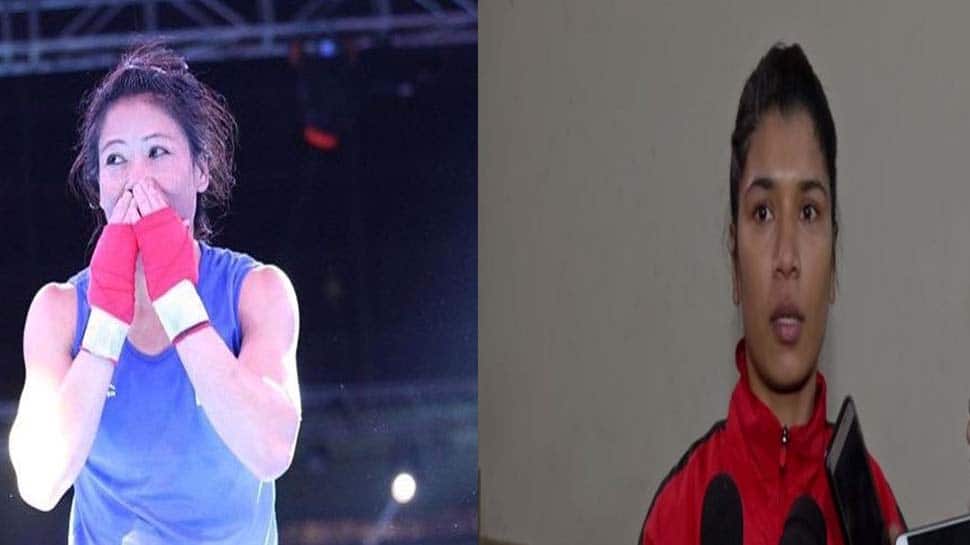 New Delhi: "Why should I shake hand with my opponent Nikhat Zareen," remarked six-time world champion Mary Kom after registering a win against Nikhat Zareen in the final round of the women`s boxing Olympic qualifiers trials on Saturday.

"Why should I shake hands with her? If she wants others to respect her then she should first respect others. I don`t like people with such nature. Just prove your point inside the ring, not outside," Kom told reporters after the bout.

Earlier this year, Zareen had demanded a `fair chance` to contest the Tokyo Olympic qualifiers.

On October 17, Zareen had written to the Sports Ministry challenging the Boxing Federation of India`s (BFI) decision to accommodate world champion Kom by changing its rule of exempting gold and silver medallists from the World Cup.

"I am only focussing on the upcoming big competition. Anyone can make plans, strategies, it is about going out in the ring and expressing yourself," Kom said.

Kom had won a bronze in the 51kg semi-final at the Women`s World Boxing Championships in Ulan-Ude in Russia earlier this year.