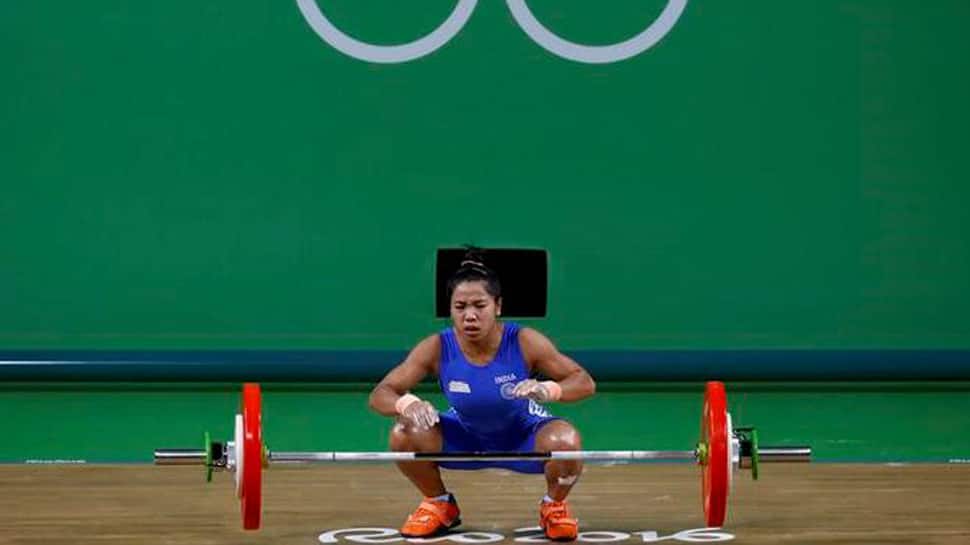 Former world champion Mirabai Chanu produced her personal best but missed the podium by a whisker, finishing fourth in the 49kg event at the Asian Weightlifting Championship on Sunday.

The 24-year-old Mirabai lifted 86 kg in snatch and a personal best of 113kg in clean and jerk for a total of 199kg. Her earlier personal best total in 49kg was 192kg in the EGAT Cup in Thailand in February.

China's Zhang Rong finished with the same total of 199kg (88kg+111kg) but was ranked third under new rules which came into effect in 2017.

Under these rules, the competitor who has a lower clean and jerk result (that means higher snatch result) will be ranked higher in the classification of athletes for total lift.

The gold medal went to Hou Zhihui of China who produced an effort of 208kg (92kg+116kg) while North Korea's Ri Song-gum clinched the silver, lifting 200kg (86kg+114kg) in the gold level Olympic qualifier.

After clearing 86kg in her snatch, Mirabai began her clean and jerk with a 109kg and then lifted 113kg successfully. But in her third attempt, the Manipuri could not lift 115kg and that cost her dear. Had she been successful in her attempt to lift 115kg, she would have won a silver with a total of 201kg.

This was Mirabai's second international competition in this category after the International Weightlifting Federation re-jigged the weight categories last year. She was earlier competing in 48kg.

She had missed the World Championships last year, a gold level Olympic qualifier, owing to a back injury which had also forced her out of the Asian Games in Jakarta.

Mirabai returned to action in February, clinching the gold medal in 49kg at the EGAT Cup in Thailand, which was the first of the six Olympic qualifying events for her.