Leclerc lapped the tight street circuit with a best lap of one minute 11.265 seconds, 0.053 faster than Mercedes` Valtteri Bottas. 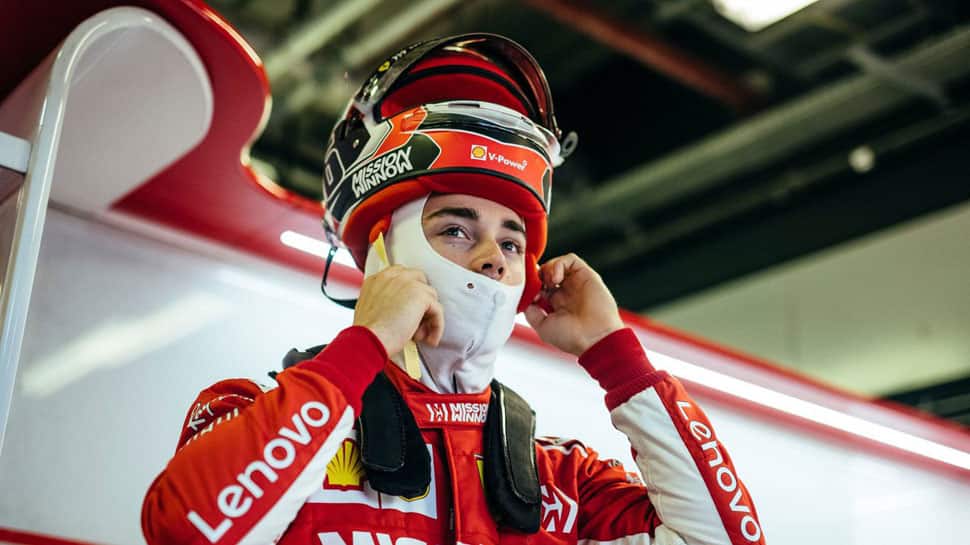 Local hero Charles Leclerc was fastest for Ferrari in final practice for the Monaco Grand Prix on Saturday while teammate Sebastian Vettel crashed.

Leclerc lapped the tight street circuit with a best lap of one minute 11.265 seconds, 0.053 faster than Mercedes` Valtteri Bottas.

Formula One championship leader Lewis Hamilton, who was fastest in both Friday sessions, was third for Mercedes and 0.213 off the pace.

The Mercedes cars took to the track with their `halo` devices painted red in a tribute to triple champion Niki Lauda, the Mercedes non-executive chairman who died on Monday.

Vettel locked up and crashed nose first into the barriers at Sainte Devote, with his damaged car swiftly craned off the circuit.

The German, a four-times world champion and double winner in Monaco, ended the session 14th fastest.

While Leclerc`s time delighted the crowd, with plenty of banners of support on a sunny afternoon in the principality, the 21-year-old was under investigation for an infringement of the virtual safety car procedure after Vettel`s crash.

Potential sanctions could include a grid drop.

Charles Leclerc ready to follow in the footsteps of Louis Chiron