PV Sindhu became the first Indian ever to grab a gold medal at the BWF World Championships after defeating Nozomi Okuhara of Japan 21-7, 21-7 in the title clash. 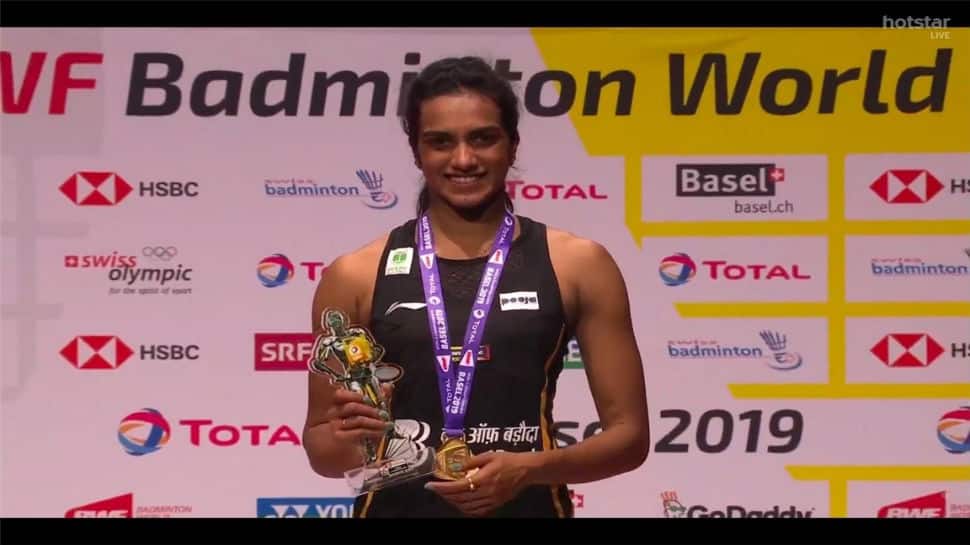 "I am really happy to win the medal. I had been waiting for this for long. It was a much-needed victory," Sindhu told WION's Digvijay Singh Deo.

Sindhu said that she had worked very hard for this title. "World Championship is very special, I had tears in my eyes," she said, adding that she dedicates this win to her mother as it was her birthday. "I dedicate this win to my mother, was waiting for it for long," she said.

The 24-year-old was at her absolute best and didn't give any chance to her Japanese opponent throughout the match to eventually seal a comfortable 21-7, 21-7 win in a much-anticipated final clash of the women's singles event that lasted just 38 minutes.

During the clash, Sindhu used her height to make full use of the court and play plenty of attacking shots against Okuhara, who made many unforced errors and looked quite weak against the Indian shuttler.

What is the way to ensure timely analysis of samples: BCCI to NADA