Chopra shot to prominence last year when he won javelin gold at both the Commonwealth and Asian Games, bringing rare track-and-field success for India. 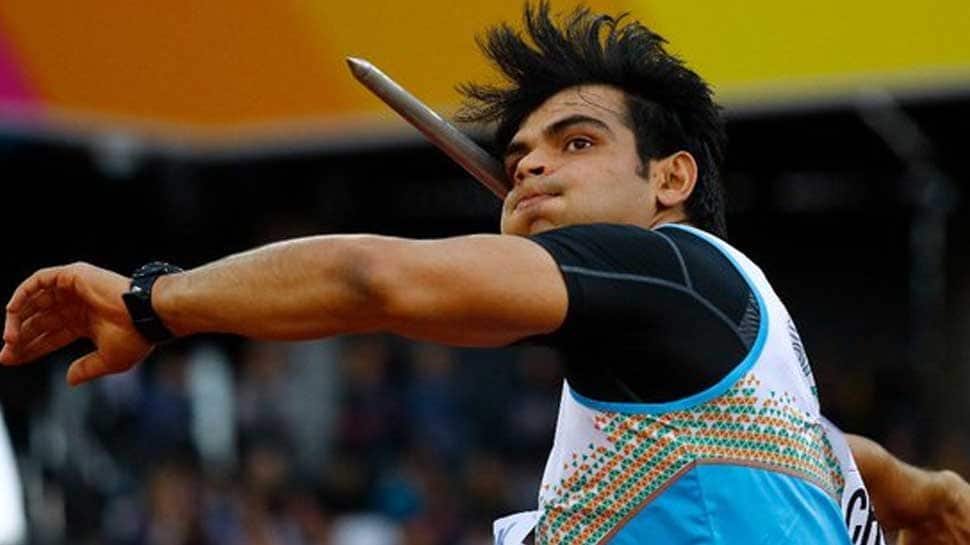 India`s Neeraj Chopra is reluctant to discuss specific targets for the next couple of years but his coach Uwe Hohn has laid out a comprehensive roadmap for the former javelin world junior champion to win a medal at the 2020 Tokyo Olympics.

Chopra shot to prominence last year when he won javelin gold at both the Commonwealth and Asian Games, bringing rare track-and-field success for India.

His winning throw on the Gold Coast measured 86.47 metres and he followed that up with an 87.43m throw at the Diamond League leg in Doha in May.

At the Asian Games in Jakarta, Chopra took the title with a season`s best throw of 88.06m, placing him sixth in the IAAF`s rankings for 2018.

"Our targets for this year are, besides staying healthy and getting better, to throw 92 metres and finish in the top six at the World Championships in Doha," Hohn told Reuters in an interview.

Hohn is the only athlete to throw a javelin over 100m, with his world record of 104.8m for East Germany in 1984. Two years later the men`s javelin was redesigned and its centre of gravity was moved forward by four centimetres.

Czech thrower Jan Zelezny, who won three successive Olympic gold medals from 1992, has the five best throws ever with his 1996 world record of 98.48m still standing.

While India is credited with Norman Pritchard`s silver medals from 1900 before it gained independence from Britain, the world`s second-most populous nation considers itself never to have won an athletics medal at an Olympics.

The 21-year-old Chopra is currently ranked fourth in the IAAF world rankings and is by far the best chance India has of ending that drought in Tokyo next year.

The athlete told Reuters in a recent interview that 2019 will be an even more important year than 2018.

Hohn said Chopra had to be as consistent as he was last year but raise his game further.

"We are also aware that there are a few others in the world, not only from Germany but also in Asia, who are also working to get better," he said from an altitude training camp in Potchefstroom, South Africa.

"We are concentrating on taking little steps forward without getting injured and we will see where we get with this."

Chopra suffered a setback with an elbow injury late last year and also needs to work on his technique, Hohn said.

"We are working to improve in many ways and adjust the training to his needs and ability at all times and we will continue this in cooperation with his physio," he added.