Nitin Tomar (8 points) and Manjeet (9 points) were among the top performers for the Anup Kumar coached Pune side, despite a record-setting defensive display by the Titans who produced 7 Super Tackles. 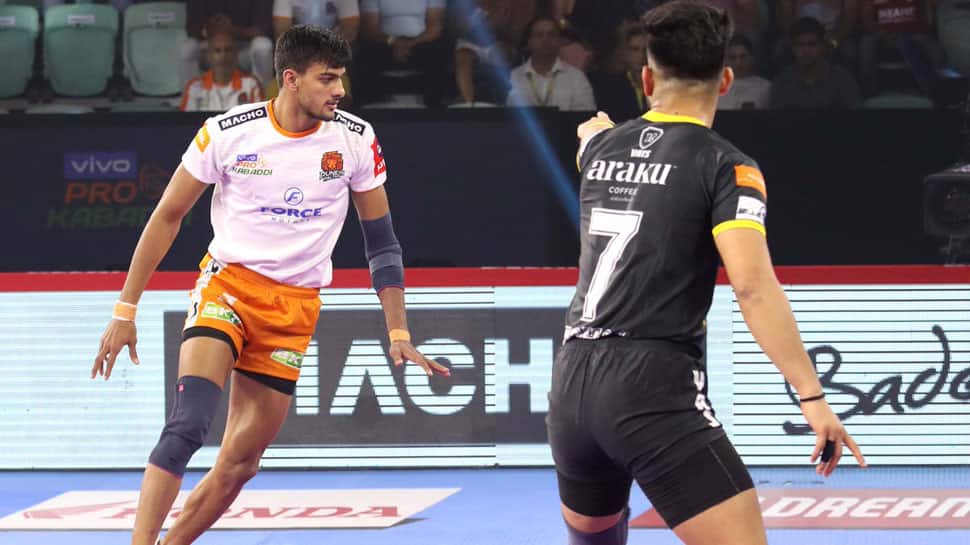 Nitin Tomar (8 points) and Manjeet (9 points) were among the top performers for the Anup Kumar coached Pune side, despite a record-setting defensive display by the Titans who produced 7 Super Tackles. The win helped Paltan pip Titans for the 10th spot in the points tally.

Paltan dominated the initial minutes of the match, thwarting Siddharth Desai's raids while Nitin Tomar picked up valuable raid points at the other end.

But Titans' defender Vishal Bhardwaj, who has made a name for himself as the king of Super Tackles in Season 7, sparked off a series of Super Tackles and was ably supported by teammates Abozar Mighani and Amit Kumar to keep the Titans in the game.

Titans produced 5 Super Tackles in the first half as Vishal Bhardwaj raced to a High 5 (awarded to defenders with five or more tackle points). However, the defensive masterclass was not enough to prevent an All-Out in the final minute of the half which ended 17-14 in Paltan's favour.

Desai was in no mood to let Paltan dominate him and started the second half positively, picking up four points in his first four raids after the break.

Desai also reached a personal milestone of 300 Pro Kabaddi points with the raids. But sadly for Titans, the defenders struggled to replicate their first-half form, with Vishal Bhardwaj making a mistake on an ankle hold that allowed Paltan's Manjeet to escape with a 4-point Super Raid four minutes after the restart. The move allowed Paltan to open up a 6-point lead which they held on to firmly.

Balasaheb Jadhav, Paltan's find of the season, came in the second half to solidify the defence while Manjeet and Tomar took care of the raiding duties. Tomar reached a personal milestone of 400 Pro Kabaddi points towards the latter stages of the match as Paltan saw out a late challenge by the Titans.