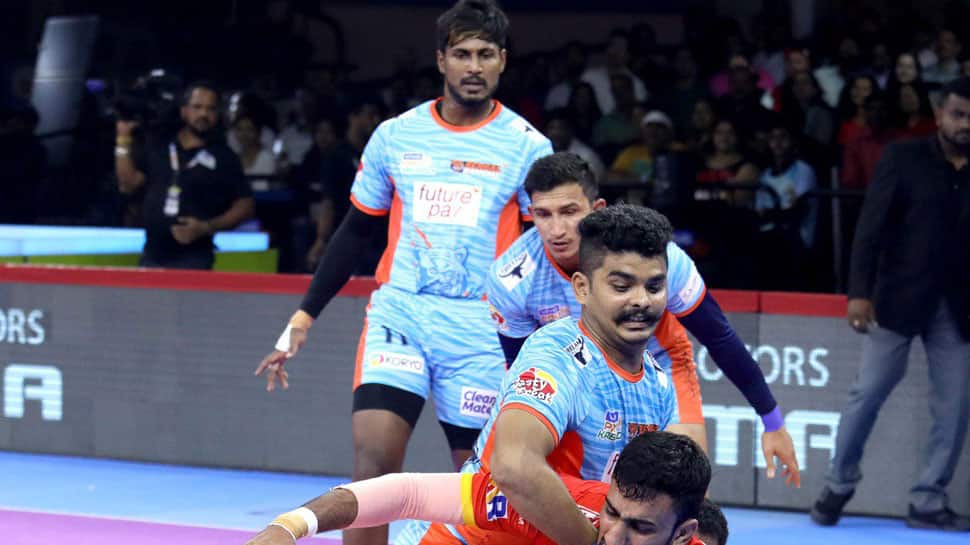 Bengal Warriors need to work on team bonding to make the most of the crucial moments going into their home leg of the Pro Kabaddi Season at the Netaji Indoor Stadium from Saturday, feels coach BC Ramesh.

In their first five matches, the city-based outfit were unbeaten but then failed to close games after leading for most parts in the last few games.

On the eve of their home leg, coach Ramesh pointed out that there has been a lack of communication between the raiders and defenders which has led to the problem.

"Raiders and defenders need to have a good bonding to win crucial moments. We need work on that," he said with captain and star raider Maninder Singh sitting beside him.

Bengal Warriors are yet to lay their hands on the PKL title. Could this be their year? Ramesh said they would like to first ensure a berth in the play-offs.

"We can win the title this time. Our first target is to reach the play-offs. We are in a confident frame of mind and moving towards the toughest half of the league with confidence."

Maninder added: We have had a good season so far but now the season gets tougher as all teams have played enough matches overall and a few against each other."

Bengal Warriors take on Gujarat Fortunegiants in their opening game on Saturday. The other match of the day is between Dabang Delhi and Haryana Steelers.

It helps that Saurabh Chaudhary and I hardly connect: Manu Bhaker