Nitin Tomar was the star raider for the Pune side with 11 points. 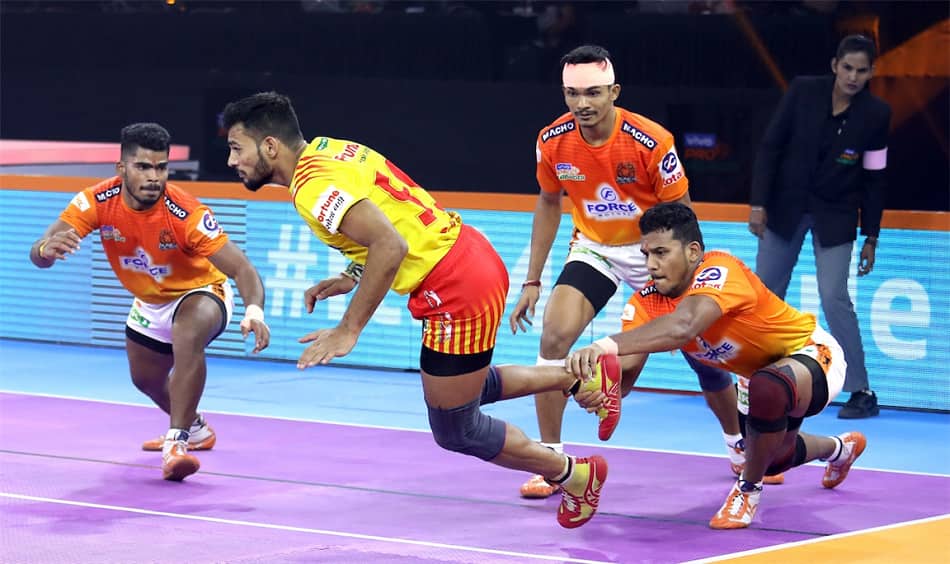 Nitin Tomar was the star raider for the Pune side with 11 points, while the defence more than lived up to its billing with Surjeet Singh and Balasaheb Jadhav picking up High 5s in a total domination of the Fortunegiants.

Paltan had a storming start to the match, dominating the entire first half as they produced an all-round performance to thwart all the advances from the Fortunegiants.

Nitin Tomar, returning from a knee injury, started the proceedings for the Pune side, while in defence, Girish Ernak, who had been given a rare start after a dip in form, proved he is back to his mean best by pulling off two strong tackles in the early minutes.

Paltan raiders had Fortunegiants' cover combination of Sunil Kumar and Parvesh Bhainswal out in the early minutes and the last season's finalists struggled to recover from the early setback, succumbing to an All-Out in the ninth minute.

Paltan continued to pile on the pressure, with Manjeet impressing both with his raids and in defence, nearly inflicting another All-Out in the dying minutes of the first half that ended 24-10 in favour of the home team.

Paltan secured the second All-Out immediately after the resumption of play. Pankaj Mohite then took over the raiding duty for Paltan without ever giving a feeling that he is in his rookie season with the Pro Kabaddi League.

In defence, Balasaheb Jadhav had an outstanding game, securing his High 5 with a Super Tackle with 8 minutes left on the clock. Fortunegiants did manage to inflict an All-Out on Paltan with less than three minutes to go, but it was too little too late.