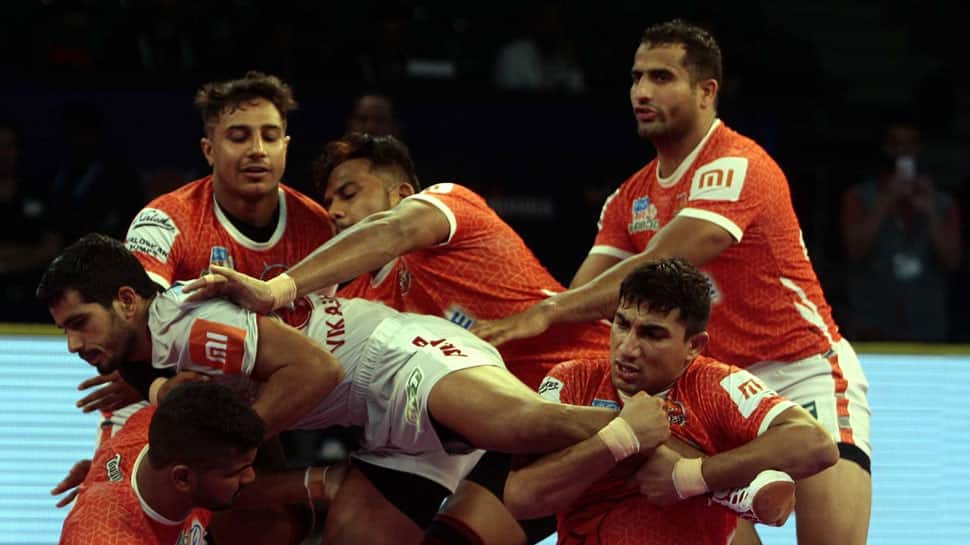 Shrikant Jadhav starred with a Super 10 to push Yoddha to the seventh position in the points table.

Paltan coach Anup Kumar was forced to assign the raiding duties to Manjeet and young Pankaj Mohite after Nitin Tomar was ruled out due to an injury.

Similarly, the experienced raiding duo of Monu Goyat and Rishank Devadiga weren't part of the starting seven for Yoddha, which handed over the raiding duties to Shrikant Jadhav and Surender Gill.

But the young players rose to the occasion, especially Shrikant Jadhav who scored 8 raid points in the first half which saw Yoddha inflict an All-Out on the Paltan in the 12th minute. A raid-heavy first half ended 16-9 in favour of the UP team.

Manjeet started the second half brightly for Paltan, picking up valuable bonus points. But Yoddha's defence, especially Sumit and Ashu Singh, raised their game after the restart to ensure their team remained in the lead.

A two-point raid by Shrikant Jadhav in the 11th minute of the second half forced another All-Out on Paltan as the raider secured his Super 10.

Paltan struggled to claw their way back into the match despite Manjeet's solo efforts that saw him secure a Super 10 with six minutes left on the clock. He enforced an All-Out on Yoddha with a two-point raid with two minutes remaining, but the Yoddha defence held firm, thanks to a High 5 by Sumit, to clinch an important victory.

Paltan continue to remain second from bottom in the ponts table.